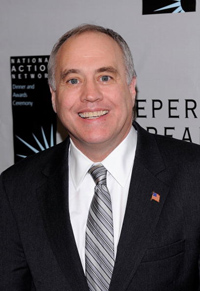 Just about everyone has heard the term "comptroller," but most people have no idea what it means, or even how it's pronounced. (For the record, it's pronounced "con-troller" -- the "p" is silent. Sometimes, it's spelled "controller"). In any case, the word "comptroller" dates back to a 15th century misspelling: The Middle English combined the word "conterroller" with the Middle French word "compte" (from the verb meaning "to count").

A comptroller is essentially a state's chief accountant or financial officer. This appointed or elected official has all of the following responsibilities:

Although state comptrollers don't make laws, they can issue proposals regarding state financial matters, which the state government may decide to turn into laws. They also can enact new rules and guidelines.

The state comptroller may report to the governor or to another state government official, but ultimately the comptroller must answer to the residents of that state.

To become a state comptroller, an individual needs to have a background in accounting or finance. Many state comptrollers also have a master's degree in business administration (MBA), or are designated certified public accountants (CPA). Training for the position involves getting experience in state government and accounting.

The U.S. isn't the only country to have a state comptroller position. In Israel's legislative body, the Knesset, the state comptroller is elected to a seven-year term. The position is responsible for auditing government finances and investigating complaints from the public.

What Happens If I Don't Fill Out My Census Form?
How the Swing States Work
Is It OK for Nondisabled People to Use the Big Bathroom Stall?