Flower power and the hippie movement at large in the United States reached its zenith on Oct. 21, 1967, with a march on the Pentagon. More than 100,000 people gathered in Washington D.C. for that peaceful Vietnam War protest, including an 18-year-old aspiring actor named George Harris. A contingent of 2,500 Army troops wielding M-14 guns surrounded the Pentagon, cordoning off the crowd from the protected building. Undeterred, the protestors stood their ground, crowding in mere inches away from the weapons. Embracing the flower power ethos of non-violence, Harris calmly inserted the stem of a carnation into a soldier's gun barrel.

Photographer Bernie Boston, working at the time for the Washington Star newspaper, captured Harris' flower power action on film [source: Montgomery]. Although the image didn't receive immediate attention, it has since come to symbolize the counterculture that rallied around non-violent Vietnam protests. That type of attention-grabbing, yet peaceful, revolt against the government and military was exactly what counterculture leaders had envisioned as the ideal way to deliver their antiwar message to mainstream America. Granted, the Youth International Party (Yippie) organizers of that October 1967 Pentagon march also tried -- and failed -- to levitate and exorcise the military complex, in an effort to rid it of the evil spirits they believed were fueling the Vietnam War. But their ultimate goal of ending the combat and sending troops home was straightforward and practical in retrospect.

After the Pentagon march, the carnation-clad George Harris hit the road and headed West to the epicenter of the flower power movement. In San Francisco, Harris joined the masses of other youth looking to follow LSD guru Timothy Leary's advice to "tune in, turn off and drop out," (or, in other words, drop out of school and drop acid instead). There, in the Haight-Ashbury district, a short stroll from Golden Gate Pak, flower power flourished to its fullest during the summer of 1967 and soon withered away. But while marijuana smoke has clouded its legacy, and psychedelic swirls and outlandish fashion obscured its essence, flower power began as an attempt to provide clarity as the 1960s societal haze brought on by the Civil Rights Movement and the Vietnam War set in.

Beat poet and counterculture leader Allen Ginsberg propagated the flower power concept while helping organize a November 1965 protest against the Vietnam War in Berkeley, Calif. He wrote about the flower power strategy in his pre-protest essay "Demonstration or Spectacle as Example, As Communication or How to Make a March/Spectacle," urging protestors to "change war psychology and surpass, go over, the habit-image-reaction of fear/violence." Students from Berkeley had asked Ginsberg to offer suggestions for how to peacefully confront the Hells Angels motorcycle gang, which supported the war and had threatened violence against the Berkeley protest. Ginsberg's solution, outlined in the essay, was to defuse the possible fracas with flower power. Although Ginsberg's essay doesn't use the exact phrase "flower power," he was the first to expound on the potency of flowers as "a visual spectacle" to simultaneously disarm opponents and influence thought.

"Masses of flowers -- a visual spectacle -- especially concentrated in the front lines," he wrote in the essay, suggesting that protestors hand the blooms out to Hells Angels, policemen, press people and onlookers as a symbol of their non-violent advocacy. And in addition to bouquets, Ginsberg also encouraged protestors to take along a variety of benign objects, including toy soldiers, rubber swords, candy bars, instruments and particularly crosses to be held up in front of combative Hells Angels "like in the movies dealing with Dracula" [source: Ginsberg and Morgan]. The point of the dime store protest armory was to convey a sense of theater rather than confrontation and attract media attention to their antiwar message in the process.

With the nation mired in an unwinnable war abroad and race relations still tense after the passage of the 1964 Civil Rights Act, flower power encapsulated the counterculture response to social unrest. Ginsberg's flower power approach was an offshoot of the non-violent civil rights demonstrations led by Martin Luther King Jr., blended with the blossoming 1960s counterculture that sought to pursue a more peaceful, pleasurable existence outside of mainstream societal norms. In the months leading up to that Berkeley Vietnam protest, the University of California, and the Berkeley campus in particular, had become a hotbed of student activism. The prior fall of 1964, revolting against the campus ban on political speech and demonstration, Berkley student groups rallied together in the Free Speech Movement, which involved a series of sit-ins and picketing outside the administrative offices [source: Freeman]. The administration eventually gave in to the student protests and permitted political speeches on campus. Flower power sought to harness similar energy among young liberal students and bohemians to make an impact on the Vietnam War.

As the hippie counterculture developed out of that youthful agitation (and a burgeoning drug culture) and gained national media attention, flower power transitioned from a protest tool to a tuned in, turned off, full-blown lifestyle.

Today, flower power is most closely associated not with antiwar protests, but with acid-tripping hippies. Soon after the Berkeley Vietnam protest that inspired Ginsberg's flower power non-violence concept, the hippie movement, fueled by psychedelic drug use, mushroomed into a nationwide phenomenon. Although people preached peace and love around the country, San Francisco, the original home of beatniks and hipsters, became the port of call for hippies. There, the hippie masses embraced the flower power ethos of "loving your neighbor" and non-violent social change with radical abandon.

In January 1966, the Trips Festival in San Francisco signified the emergence of the psychedelic lifestyle [source: Ashbolt].With Allen Ginsberg and "One Flew Over the Cuckoo's Nest" author and LSD advocate Ken Kesey lighting the way toward hippie enlightenment, the Trips Festival was a visual and aural extravaganza meant to stimulate the senses so thoroughly, attendees wouldn't even need to drop acid to get a high [source: Torgoff]. Bands, light shows, art displays and plenty of psychedelic drugs attracted thousands of hippie festival goers, as well as national media attention. The same month, the Psychedelic Shop opened in the Haight-Ashbury district to educate patrons about dropping acid and serve their psychedelic drug needs until California criminalized LSD in October of that year.

Once the Summer of Love, that psychedelic season when young hippies flocked to their Mecca, San Francisco, rolled around in 1967, flower power had come to suggest more of a mindset and fashion sense than a political philosophy. Flower power clothing, for instance, featured brightly colored swirling patterns and loose silhouettes. Casting off the suiting, dresses, girdles and garters of the 1950s, hippie garb was intended to look as free and easy as the people sporting it [source: La Ferla]. Flower power also came into mainstream America with Scott McKenzie's 1967 hit "San Francisco." The popular hippie anthem sang "If you're going to San Francisco, be sure to wear some flowers in your hair." McKenzie was also one of many musical acts, along with Jimi Hendrix, The Who and The Mamas and the Papas, to perform at the Monterey International Pop Festival in June 1967, which marked the pinnacle of the Summer of Love.

Once the heat dissipated and fall arrived in San Francisco, flower power sentiment had soured somewhat, with some worried that the cause had become commercialized and diluted into a fleeting mainstream fashion trend rather than a socially progressive movement. On October 6, 1967, a funeral parade marched through the Haight-Ashbury district mourning the "Death of the Hippie." During the festivities, parade goers even burned the Psychedelic Shop sign [source: Ashbolt]. Although both hippies and non-hippies alike would continue to espouse flower power principles of peaceful demonstrations, the psychedelic lifestyle proved unsustainable. But footage of the sit-ins and gatherings organized by Allen Ginsberg and other counterculture leaders also offers visible proof that for a for a few years in the mid-1960s in San Francisco, flower power was potent, viable and life-changing. 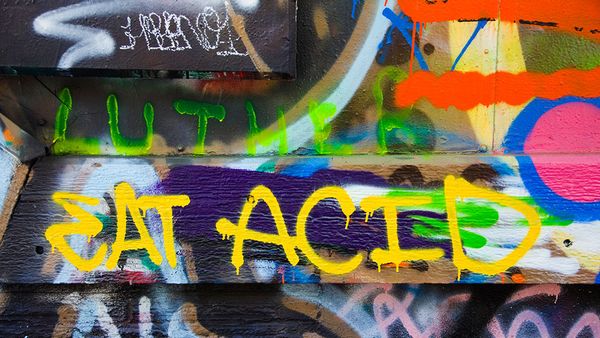 Up Next
How LSD Works
Explore More 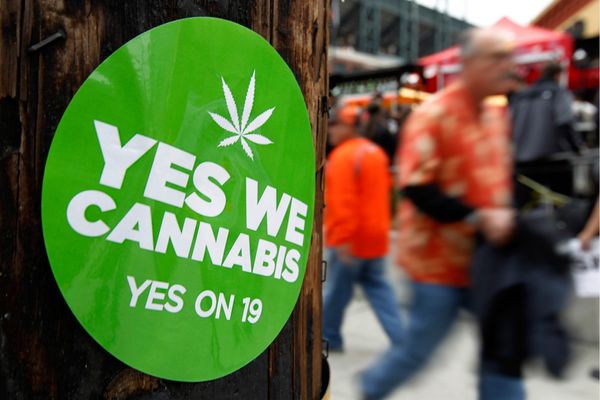 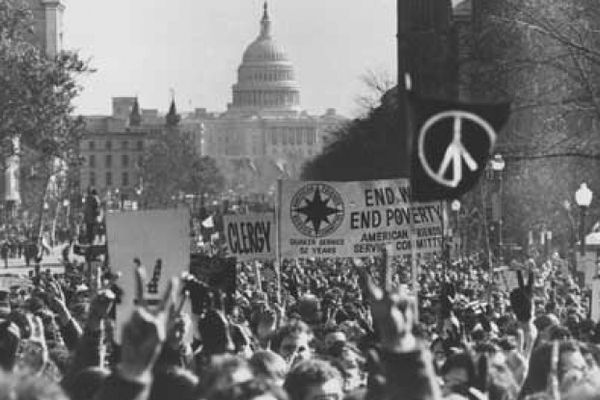