by Caroline Wilbert
NEXT PAGE 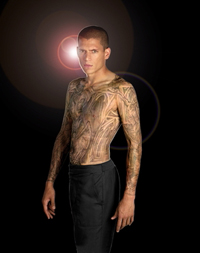 ­­ The Fox TV show "Prison Break" is the story of a structural engineer named Michael Scofield who gets himself locked up so that he can help his brother escape death row. Scofield has the prison blueprints tattooed on his body and hatches an elaborate plan to break out and prove his brother innocent. The show is fictional, of course, but history offers plenty of real-life drama about high-stakes escapes.

­­­Some have inspired movies, including "The Great Escape" and "Midnight Express." Other stories have become legends, like the one about Henry "Box" Brown, a slave who shipped himself north to freedom in a wooden box.

The biggest question at the center of all of these stories is simple: How'd they do it? In this article, we'll look at a dozen of the most well-known escapes of all time and try to figure out just how these escape artists managed to do it.

In the late 1500s, a Jesuit priest named John Gerard was incarcerated at the Tower of London, which served as a jail for political prisoners. At the time, Catholicism was illegal and practicing priests were guilty of treason. During his imprisonment, Gerard wrote letters to supporters on the outside, hiding secret clues written in invisible ink made from diluting orange juice. He also wrote to another prisoner, John Arden, who was held in a separate jail in the Tower. The two conspired to escape with the help of friends and a sympathetic guard.

Of the hundreds of people imprisoned in the Tower of London over the centuries, less than 50 escaped from it.
Image courtesy U.S.S. Ross DDG 71

On October 4, 1597, Gerard hacked away at stones around the door to his cell. After getting out, he snuck past guards and reached a high wall overlooking a moat, where he met up with Arden. A supporter in a boat waited below. The person in the boat threw a rope up to Gerard and Arden, who tied it to nearby cannon. They inched down the rope into the boat and rowed to safety.

Giacomo Casonova as painted by his brother Francesco Casanova circa 1750.
Public domain

Today the word "Casanova" is shorthand for a smooth-talking guy. The real person, Giacomo Casanova, was arrested for repeatedly committing adultery in the 1700s. Following one arrest, he was incarcerated at a prison in Venice known as the Leads, after the lead that coated its walls.

Supposedly, Casanova found an iron rod in the yard, fashioned it into a digging tool and began digging a tunnel from his cell to the outside. His work was soon worthless, however, because prison guards moved him to a new cell. Afraid guards would be watching him, he asked the prisoner in the next cell, a monk, to use the tool to dig a tunnel between their two cells and another tunnel from the monk's cell to the outdoors. The monk agreed. Both prisoners crawled out through these tunnels and managed to escape the Leads, using the same iron tool to force open doors and gates.

Henry "Box" Brown was born a slave in 1816 in Virginia. After a slave owner in North Carolina purchased his wife and children in 1849, Brown began plotting his escape. Brown asked a carpenter friend to build him a box that was 3 feet long, 2-and-a-half feet deep and 2 feet wide. On the outside, Brown wrote "right side up with care" and squeezed himself inside. He had friends ship him to the Pennsylvania Anti-Slavery Society. Brown had water in the box and breathing holes, but the more than 24-hour journey was undoubtedly grueling - at one point, the box was turned so that he was on his head. After he arrived in Philadelphia, Brown was free. He became an active member of the abolitionist movement, and the box itself became a symbol of the inhumanity and injustice of slavery.

An 1850 engraving of Henry "Box" Brown emerging from his box in the office of the Pennsylvania Anti-Slavery Society. Frederick Douglass is shown on the left.
Image courtesy Library of Congress Prints and Photographs Division

During the Civil War, the Confederate Army set up Libby Prison in Richmond, Virginia. In January 1864, some prisoners hatched an escape plan. They decided to build a tunnel. A prisoner who had once been a mason took apart a fireplace and created a passage to a cellar. Every night, the soldiers climbed down in the cellar, the starting point of a long tunnel that they were building. One or two prisoners worked at a time, digging with pocket knives, sharp pieces of wood and other crude tools. During the day, the put the fireplace back together to conceal their activities. The prisoners carried the dirt back to the cellar using frying pans.

Soldiers, other people, and tents of Confederates outside of Libby Prison, Richmond, Virginia in 1863.
Image courtesy Library of Congress Prints and Photographs Division

In February of 1864, 109 Union officers escaped through the 53-foot tunnel. More than half of the prisoners made it all the way to Union lines without being recaptured.

During World War II, prisoners of war in a German camp called Stalag Luft III staged an escape through a tunnel. Their story inspired the Hollywood movie "The Great Escape."

German soldiers built Stalag Luft III to be escape-proof. They even planted seismographs in the ground to detect the sounds of tunneling. Still, a group of prisoners managed to escape through three elaborate tunnels, which they named Tom, Dick and Harry.

The tunnel system was the brainchild of Roger Bushell, a Royal Air Force Squadron Leader. These 30-foot-deep tunnels were technological marvels, considering what the men had at their disposal. They featured electric lighting, a railroad and an air ventilation system. The prisoners made tools out of tin cans and used wood from their beds to support the tunnel walls and keep them from collapsing. To hide the dirt from tunneling, the men carried it in their pants and scattered it, as inconspicuously as possible, around the prison grounds.

On March 24, 1944, 76 men crawled through Harry to escape the prison, but only three reached freedom. Fifty escapees were shot on orders from Hitler and the remaining prisoners were sent to a concentration camp.

Next, we'll look at six amazing escapes from the past 40 years.

Think you're an expert on prison escapes? Test your knowledge with this Prison Escapes Quiz from Investigation Discovery.