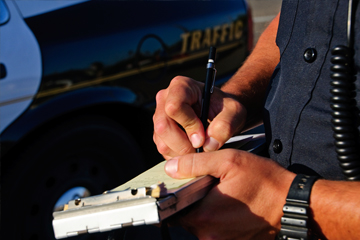 Plenty of police departments around the United States, especially those facing higher expenses and smaller budgets, have come to see traffic tickets as a way to increase revenue.
aijohn784/ThinkStock

Traffic ticket quotas — a practice in which police officers are either pressured or strictly required to issue a certain number of traffic tickets in a certain time frame — were once kept under wraps but are now pretty much out in the open. Some police departments deny that they have ever engaged in the practice, while others staunchly defend it. But why? Why increase the public's distrust of the police? Why insist that police officers spend time making traffic stops for weak accusations of minor offenses, which often need to be defended in court? Couldn't all that time and effort and manpower be better spent actually protecting and serving?

Unfortunately, the response is a common one: it all comes down to money. Plenty of police departments around the United States are facing higher expenses and smaller budgets, and have come to see traffic tickets as a way to increase revenue. Need more money to buy equipment or give raises or pay pensions? Write more tickets and collect more fines.

It actually seems like a pretty simple solution, at least on the surface, but as we have already established, it's problematic. Traffic ticket fines are supposed to be a deterrent and a punishment, not a way to balance the budget. But police officers are under so much pressure in some cities, that they have been caught writing fake tickets or have come forward to say they're uncomfortable with the tactics they're instructed to use, such as intimidating motorists and writing tickets based on a really weak he-said/she-said scenario.

The state of Illinois is noted for passing a law banning the implementation of traffic ticket quotas, but plenty of other cities and towns say that's simply not an option. They need the money they collect from all those tickets, and the more money they get accustomed to racking up, the more they'll need in the future, so this practice is unlikely to change anytime soon.

And how lucrative is it, anyway? Enough that the Atlanta Police Department funds its officers' raises based on income from traffic tickets [source: AOL Autos]. Since 2002, 11 police departments in the Detroit metro area have increased traffic ticketing by 90 percent (and granted, no one would say they're getting rich from it, but that's a huge, and not coincidental, increase). In Dearborn, just outside of Detroit, a driver who gets pulled over for going just 5 miles per hour (8 kilometers per hour) over the speed limit is slammed with a $90 ticket [source: Hunter].

And what can the public do? Not much, besides things you should be doing anyway. Be extra careful on the road, don't let a patrol car intimidate you into speeding or blowing a signal and go to traffic court to fight tickets in the hopes that the officer won't show up.