Divorce: Division of Property and Custody 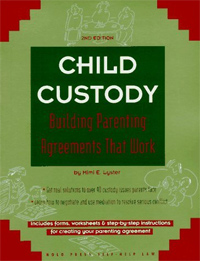 Dividing family assets, liabilities and other property can be tricky. Not only do you have to list everything along with its current market value (current as of the time of the original filing), but what you also have to keep track of what you owe on it. A new car that you purchased for $15,000 two years ago may only be worth $10,000 today, and you may still owe a balance of $9,000. It's a complicated process.

One way some people begin the process of dividing marital property is to come up with a list and divide it by:

Add to that debts such as car loans, mortgages, credit card balances (as of the filing) and other debts, and a picture of the total assets becomes more clear. How to divide it may still be fuzzy, and that's where the negotiations are important. The courts have forms for you to fill out where you list everything and calculate total assets. Some couples close or freeze joint accounts and keep track of debts paid or accrued during the separation in order to keep the list of assets current.

When children are involved, you must file a custody petition. This is separate from the divorce filing itself, but since both fall under the jurisdiction of family court, you can usually handle both at the same time. When you're discussing custody, the best interest of the child should always be the driving force for decisions. Thinking about things like not moving children from the school they attend and the friends they have is very important. Additionally, questions such as which parent has the most time to spend with the child and which parent has family close by often provide decision-making points. The parent who has been the primary caregiver often gets a greater custody role.

Sole custody means one parent has both physical custody and legal custody. Legal custody entails the right to make decisions regarding the upbringing of the child. When sole custody is awarded, the non-custodial parent usually gets regular visitation rights.

There is also divided custody or alternating custody, which means the parents split the time the child is physically with them and share legal custody for decision making.

Next, we'll look at child support and alimony.