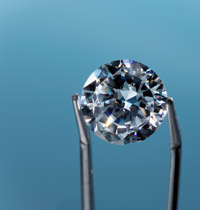 It was February 2008, and a woman in Milan had com­plained to police about early-morning noise in her neighborhood. But there was a construction project going on nearby, and the police assumed the noise must be coming from there. No one thought much about the fact that the woman lived near the world-famous Dam­iani jewelry showroom until four masked thieves showed up in the store, apparently out of nowhere. The building was secure, with a high-tech alarm system and an armed guard at the front door. None of that really mattered, though, since the thieves had been drilling a hole every morning through the four-foot wall that separated the showroom basement from the basement next door.

­The timing was nearly perfect. Damiani had been preparing for a private showing, so there were no customers in the showroom but enough staff on hand to open the vault. The thieves were in and out in half an hour, making off with millions of dollars worth of diamond jewelry. But why was the heist just nearly perfect? They would have made off with much, much more had it not been February -- Oscar time. Some of the most valuable pieces were on loan to Hollywood's A-list stars, including Oscar winner Tilda Swinton, who wore Damiani's one-of-a-kind "Sahara Bracelet," bearing 1,865 diamonds totaling more than 47 carats, and the 4.21-carat "Mimosa Ring" [source: Reuters]. The thieves missed out on those, although such famous pieces probably would have been nearly impossible to unload.

Diamond thieves (or at least the ones who succeed) are smart. Stealing diamonds isn't like stealing cars. The security that protects high-value jewels is hard to bypass, even for the experts, and selling the booty is almost as difficult as stealing it.

In this article, we'll look at some of the largest and most famous diamond heists, including one in which the thief made off with $28 million in diamonds using nothing but charm. We'll talk about the smaller and more common types of diamond theft that seldom make it into the news. And we'll see what it takes the convert stolen diamonds into cash. How does someone sell a stolen 33-carat diamond, anyway? 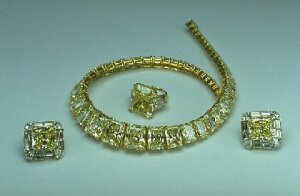