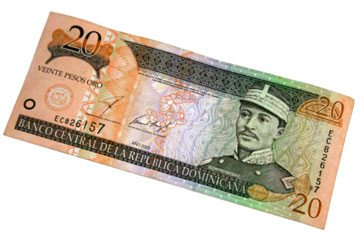 The traditional clothing of the Dominican Republic is predominantly a result of Spanish and African influences. Even if the Taíno population hadn’t shrunk to next to nothing under Spanish rule, they’d still have little to pass down in the way of clothing traditions. That’s because they didn’t really wear much of anything.

As Columbus noted in his correspondence to the Spanish monarchs, Ferdinand and Isabella, “the people of this island... all go naked, men and women, as their mothers bore them” [source: Deagan]. However, he did add that some women cover themselves with a loincloth. Indeed, it was only married women who were expected to cover themselves in the Taíno culture. They wore short skirts called nagua.

The little fabric the Taínos wore was made of cotton or pounded bark fibers. However, they did wear jewelry of bone, shell and gold (which make up some of the few artifacts that we have left of the Taínos). They also were known to paint themselves for rituals or going into battle. Historians have pointed out that the heavily clothed Spanish, who probably seemed just as strange to the naked Taíno, were at a disadvantage in the Tropical climate, as the natives were able to smell their presence before an attempted ambush [source: Deagan].

However, the Spanish prevailed, of course, and so did their culture. Although the Taíno population was struggling, intermarriage with the Spanish was common. By 1514, it is believed that approximately 40 percent of the male Spanish colonists had taken Taíno wives or concubines [source: Forte]. Though intermarriage helped continue the Taíno race, these women were expected to take on Spanish beliefs and customs, including clothing, such as long, colorful dresses.

Carnival, a traditional Dominican celebration with medieval European roots still lives to this day. It features colorful masks and characters in elaborate costumes, including a horned devil. Today, Dominicans have largely adopted U.S. styles, but many still take pride in their dress. For instance, many men wear long pants and dress shirts even in the heat. If tourists want to fit in, they should plan to dress smartly, especially if they plan on going to a church for Mass.