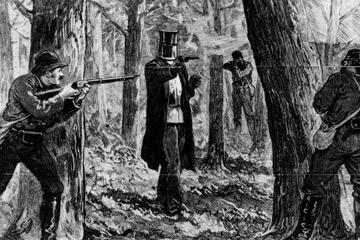 You didn't think we could start an article about Australian traditions without the ubiquitous greeting of the continent, did you? While that tradition has been globally recognized as genuine Aussie, there are plenty of other Australian cultural customs that may come as a surprise.

Many people know that Australia was settled as a British penal colony in the late 18th century, but you might not realize that this outlaw spirit is still a source of pride (or at least bemusement) in Australian culture. This is evident in the lore of Ned Kelly, the celebrated Australian bushranger (bandit) of the mid-19th century. Ned was from a family of poor Irish immigrants, a maligned group in Australia at the time. His exploits began when his mother shot the constable in town (which probably makes your mother seem a lot less embarrassing). She was jailed, and Ned saw her incarceration as another act of immigrant discrimination.

Vowing to "open the eyes" of the authorities, Kelly and his gang went on to hold up banks and pester (if pester means "shoot and kill") the police on his trail [source: Australia.gov.au]. He was finally captured and hung and became a symbol of the oppressed hero, fighting the system. He's still a folk hero in Australia, spawning countless movies, songs and books -- not to mention a special love in Australian society for larrikins, a term you'll become acquainted with as you read on.

Popular culture often depicts Australia as a flat, dusty desert, which is somewhat fair. It is the driest, flattest continent in the world. However, this leaves out the densely populated cities where two-thirds of the population resides, which are by and large located on the (presumably wet) shorelines [sources: DFAT, Encylopaedia Brittanica]. A singular feature of Australia is the relative isolation of the bush (surrounding wilderness) and the vast outback (an even more remote area) that occupies the interior country.

Outback, bush, larrikins -- you've only just begun to encounter the terrific slang of our Aussie friends. If you're a wowser, don't expect any sheilas to shout because a fair dinkum cobber wouldn't be a bludger who didn't shout back.

Translation: If you're uptight, don't expect any ladies to buy you a round of drinks because a real friend wouldn't be some lazy slacker who didn't buy a round back.

Continue on to learn more new words from the real Australian natives: the Aborigines who inhabited the land long before convicts and Crocodile Dundee.