Why Are New Year's Resolutions So Easy to Break?

by Maria Trimarchi
NEXT PAGE
Many of us lack motivation and accountability for our resolutions, despite our best intentions. ©iStockphoto.com/ Catherine Lane

Thirty-five percent of us who make New Year's resolutions break them by the end of January. And only 23 percent of everyone who makes a resolution will see it through to completion [source: FranklinCovey].

Are you part of the 77 percent who make resolutions only to find you've given up before you ever really got started? Let's break down how that happens.

One of the most common reasons we break our New Year's resolutions is that we get a little overzealous when we make them and we over-commit. And as a result, 40 percent of us blame our busy schedules for our lack of follow-through [source: FranklinCovey]. It's easier to keep just one resolution rather than several.

Another part of the problem is that we often make the wrong resolution (or more than one wrong resolution). The key to successful goal-making is not to be hasty when you do it. Make resolutions you've thought through and are willing to dedicate your time and energy to. Don't make a resolution on the fly after too many toasts at a New Year's party. If you're not 100 percent committed to your goal, the odds of staying motivated are not in your favor.

Who are we kidding? It can be difficult to stay motivated even when you've chosen one well-reasoned goal. Many of us lack motivation and accountability, despite our best intentions. Remove an easy way out by sharing your plans with friends and family -- the more who know your goal, the less likely you'll talk yourself out of sticking with your new habits (and despite what you might have heard it can take longer than just 21 days for a lot of us to change a habit -- one study found it took anywhere between 18 and 245 days) [source: Burkeman]. Sharing your goals with those close to you not only adds accountability -- which many of us need to motivate ourselves -- but it also gives you a support system.

Next, let's talk about how to make a New Year's resolution that you just might be able to make stick. 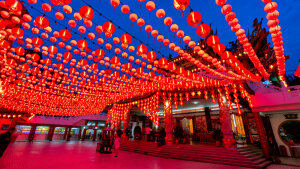 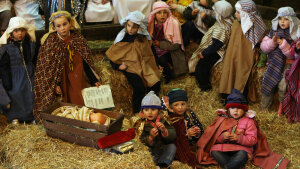