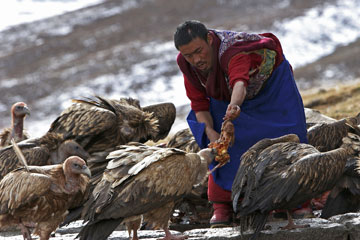 No understanding of sky burial is complete without a glimpse into the spiritual heart of Tibet. While the rite of jhator may seem callous in regard to mortality, Tibetan Buddhists are deeply concerned with the reality of death.

Recorded Tibetan history reaches back 2,300 years to a pre-Buddhist age ruled by warriors, shamans and a line of kings said to have descended from the sky on a magical ladder. The region's early Bön religion was animistic; it viewed nonhumans as spiritual beings. While sky burial was not in vogue during the days of the original Tibetan kings, the holiness of sky and birds was already present.

To this day, the vulture is revered as a sacred creature in Tibet. It is no ghoulish scavenger, but rather a "holy eagle" or even a dakini, a feminine sky spirit. It's certainly a view that many cultures have difficulty fathoming. In fact, when a Chinese soldier shot a vulture in the late '90s, local Tibetans pelted the gunman with stones [source: Faison].

But even if outsiders come to see sky burial as an offering made to some rather holy birds, many find a certain callousness in chopping up the dead as food for scavengers. That's largely because other religions and burial traditions continue to emphasize the link between the corpse that is and the person who was. For the ancient Egyptians and many contemporary Christian sects, the spirit of the departed is thought to return eventually to its body.

Tibetan Buddhists, however, believe that the corpse is nothing but a discarded shell. While the body may lie still upon the deathbed, the spirit of the deceased has already moved on, through death and toward a new incarnation.

As we'll discuss next, this view of death as a transitory phase in a person's existence is a driving force for the spirit of the Tibetan people. 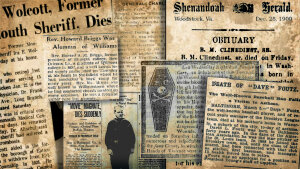 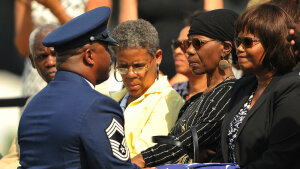 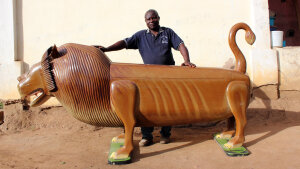