The Lowdown on High Heels: Men Wore Them First

Although women wearing sexy stilettos seems like a given, it may surprise you to learn that the original wearers of high heels were men. So what's the history? When, where and why did men first begin wearing them?

Elizabeth Semmelhack, author and senior curator at Toronto's Bata Shoe Museum, says she has yet to unravel that mystery – the exact origin remains to be discovered. What's clear, however, is that high heels weren't a European invention. Heeled footwear only emerged in Western Europe around the turn of the 17th century, but had been worn for centuries prior to the 1600s throughout Western Asia.

"Evidence for early Western Asian heels, as far back as 10th century Persia, suggests a strong relationship to horseback riding and may have been connected to the innovation of the stirrup," says Semmelhack in an email. "The stirrup profoundly changed horseback riding and in particular made military campaigns on horseback more effective, as it enabled riders to steady themselves and dramatically improved the effective use of weapons such as the lance and bow and arrow. The heel seems to have been a further development of this technology, as it allowed the wearer to hook his feet in the stirrups, better anchoring him to his steed."

Eventually heeled footwear for men spread to Europe, likely through political networks and trade. But the exact evolution is complicated. Semmelhack says that one of her first questions after establishing that heels weren't a European invention was to wonder why heels only became of interest to Europeans at the turn of the 17th century.

"The answer lies in things as complex as European world exploration and the destabilizing of the textile trade, to the rise of Persia under the reign of Shah Abbas I (1588-1629) and both Persian and European concerns about the increasingly powerful Ottoman Empire," Semmelhack says. "In particular, it was the power of Shah Abbas I's mounted military – who wore heeled footwear – that may have made heels appealing first to European men and ultimately to women."

As the heel entered into upper-class men's fashion, there was a concurrent trend in women's fashion to adopt certain aspects of men's attire. Semmelhack says that the women who played with this trend were often the "butt of ridicule and their numerous offenses included their adoption of men's military-inspired fashion, including broad-brimmed hats ornamented with plumes, doublets, carrying weapons and ... wearing heels." The heels that both men and women wore in the early years of the 17th century were very low, but they would rise for both sexes as the century progressed.

The majority of powerful and privileged men wore heels during the 17th century and into the early 18th century. In France, during the reign of Louis XIV (1643-1715), Semmelhack says that wearing high red heels was a principal signifier of political privilege limited to the king and his courtiers. Beyond France, red heels for men were at first associated with French sophistication, but by the end of the 17th century, Semmelhack notes, they were increasingly seen as effeminate, especially in England.

"Fueled by nascent Enlightenment thinking and increasing nationalisms," Semmelhack says, "men's dress began to undergo a radical transformation at the end of the 17th century." Reflected in this shift was a heightened division between men's and women's attire, as well as marked differences between French and English men's dress. "It was in the early 18th century that men abandoned the heel to women's fashion, and the heel became a signifier of femininity," she says.

"Since the 17th century, Western culture has shown extreme sensitivity to men in heels," Semmelhack observes, "especially if it's deemed that the heels are being used to increase height." She notes that this negative view only increased when, "Darwinian ideas of 'survival of the fittest' became translated into racist and sexist notions of 'natural' male physical and mental superiority."

Man-heels made a brief comeback in the middle of the 20th century. "The heel began rising in men's fashion in the 1960s," Semmelhack explains, "and in the early 1970s it reached unprecedented heights in direct response, I feel, to the burgeoning women's movement. The heels in men's fashion, however, were not borrowed from the female wardrobe, they were blocky and high like Louis XIV and were touted as a way of increasing one's stature, masculinity and confidence. In no way did they reference the longstanding feminine high and thin heel."

In 2018, heels on men can be construed to emphasize a lack of height rather than compensating for it: "Meaning," says Semmelhack, "that heels on men function like a bad toupee, they reveal insecurity – and that, in our current culture, is deemed unappealing."

Iconic footwear designer Christian Louboutin concurred to a news publication: "A man in heels? That's a prosthesis. But I sympathize...The men need help. But a man in heels is ridiculous."

Clearly Monsieur Louboutin doesn't watch the Cowboy channel. Those bronc and bull riders look pretty, pretty good. Or as Semmelhack puts it, cowboys continue to "own" their heels and wear them with confidence.

NOW THAT'S INTERESTING
When you click on the ballet-inspired flat shoe emoji, you can thank ground-breaker Florie Hutchinson, who noticed that all the women's shoe emojis, except the unisex sneaker, had heels – including a red stiletto. So she wrote to the Unicode Consortium and did something about it.

Actually, We're Not Overdoing It on the Salt

Running on Empty? How Bad Is It for Your Car? 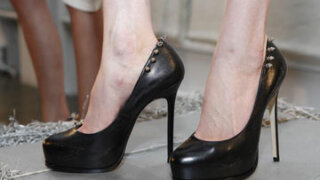 How can you avoid getting blisters when you're wearing high heels? 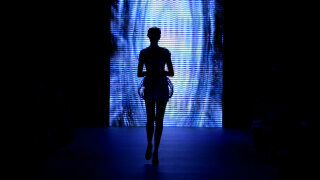 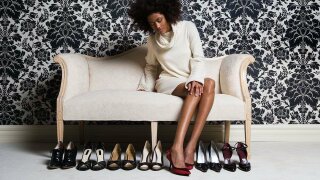 What Do High Heels Say About Conformity?