Getting Out of a Cult 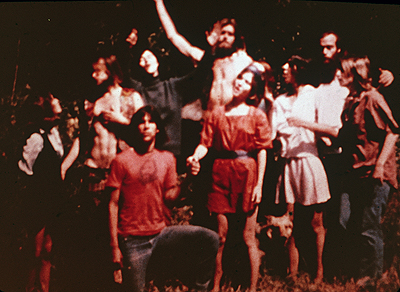 Getting out of a cult is far more difficult than getting into one­.

­People might voluntarily leave a cult for any number of reasons. Some cult members become disillusioned and just walk out. This was the case with the Davidians, a precursor group to the Branch Davidians. The leader of the Davidians predicted the end of the world on a particular date. When that date came and went, some members were disappointed. The leader predicted a new date, and that date came and went with the world intact as well. By the time the leader died and his wife took over and predicted a new series of dates that failed to see the destruction of the world, there were very few members left in the group.

For some people, it's not that difficult to leave a cult. Some individuals are just less susceptible to mind-control techniques than others, and they may have retained enough of a sense of self to make an informed decision to walk out. But it's usually not that simple. There are ex-cultists who say they spent years working up the nerve to get out. A true convert is completely dependent on the cult for every aspect of life and consciousness -- to the truly indoctrinated cult member, leaving means being alone and starting over. His sense of self has been completely broken down to the point that he doesn't even know who he is without his cult family. He may not have made a decision in years. Gathering the confidence to voluntarily leave a totalist cult requires a tremendous act of will and doesn't come easily. It might result from renewed contact with the outside world, such as a cult member speaking with her parents for the first time in a decade. It might happen when a cult member has a psychological breakdown and believes she is simply too worthless to meet the expectations of the group, so she leaves to spare her cult family the weariness of her presence. Or it might come about following a particularly traumatic experience that jolts the cult member into consciousness, such as witnessing the sexual assault of a child or a murder within the cult.

But making the decision to leave is only part of the process. The cult has to unlock the door, so to speak, in order for the member to get out. Some destructive cults do let people leave. Usually, they'll put a lot of pressure on a member to stay; but in the end, a person can choose to go and not have to climb a barbed-wire fence in the dead of night or sneak past any armed guards. In the mildest cases, a member who leaves may be "disowned" by the cult, forbidden any contact with the people that have been her family for months, years or decades, but the member won't suffer any physical harm when she walks out. In the most severe cases, though, a cult may stop at nothing to maintain control over its members, and a person may fear for her life if she tries to leave. When 16 members of The People's Temple in Jonestown, Guyana, decided they wanted to leave the cult in 1978 following a visit from a U.S. government group, several armed cult members followed them to the airport and opened fire. They injured 11 people and killed a U.S. Congressman, three reporters and one member who was trying to leave. Fear of the consequences of this incident is what triggered leader Jim Jones to initiate the mass suicide and murder of 900 members of the cult.

While a peaceful, voluntary exit is certainly the preferred method of leaving a cult, it doesn't always happen that way. There are those who don't want to escape at all but are grabbed from their beds at three in the morning and dragged back into the outside world. This is typically the first stage in what is known as "deprogramming," which is an extreme method of removing someone from a cult against his will.

It's not easy to get someone to leave a destructive cult. Talking is always the first step. But sometimes, the cultist is too well indoctrinated to really hear anything an outsider has to say, and other times there's no opportunity to talk at all. A cult member may have severed all ties to the outside world. Family members who fear for a loved one who's deeply involved in a totalist cult have to find another option if simple talking is impossible or doesn't work. At this point, they can go one of two ways: deprogramming or exit counseling.

On the next page we'll discuss the process of deprogramming.