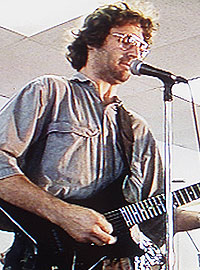 There is no cult without a powerful, charismatic leader. A charismatic leader has ­the uncanny ability to get people to follow him unquestioningly. The phrase "cult of personality" refers to this type of group dynamic. Cult members are devoted to the leader, not to the leader's ideas. The leader has complete control over his followers -- there is no questioning of his decisions, and he is accountable to no one within the group.

It's possible for a cult to have more than one leader, but that's atypical. Most destructive religious cults demand absolute devotion to a single person who is considered to be God or connected to God, the Messiah, a prophet or possessing some other holy status. This is a critical component in maintaining absolute devotion: To the members of a cult, only this single person can lead them to salvation. Without this single person, they will spend eternity in Hell.

­How does a person fall into a role like this? One common scenario is the preacher or church member who gets "banished" from a mainstream church for preaching extreme or unconventional ideas or showing signs of corruption or instability. When he leaves, his followers go with him, or else he joins an already existing cult and eventually vies for control. David Koresh, leader of the Branch Davidian cult that was destroyed during a U.S. government siege in 1993, was active in a mainstream Christian church before he was thrown out for "negatively influencing" some of the church's younger members. Reverend James (Jim) Warren Jones, who ordered hundreds of members of The People's Temple to drink poisoned punch in Jonestown, Guyana, in 1978, was ordained a mainstream Christian pastor.

But not everybody starts out in mainstream religion. Some cult leaders are simply anti-social, destructive individuals who find out they have a knack for manipulation. Charles Manson fits this description.

Manson was the charismatic leader of a doomsday cult (which the media would eventually dub "The Family") with more than 100 members near Los Angeles, Calif. He spent most of his youth on the streets and in and out of prison. At one institution, Manson was described as "a very emotionally upset youth who is definitely in need of some psychiatric orientation." He was also described as violent and manipulative. After the age of 18, his crimes grew from robbery and car theft to pimping, rape and fraud. In 1967, Manson was paroled from one of his prison stints and landed in San Francisco, where he slipped into the hippie scene and developed a following -- mostly young women who were generally troubled and disillusioned with America. "Charlie" became their guru. He preached that the world would end in a racial war. Blacks would destroy wealthy whites and win a position of dominance, but the black power structure would quickly collapse due to inexperience. And then, the Manson Family would come out of hiding in the desert and rule the world.

Manson referred to himself as the reincarnation of Jesus. His followers called him "God" and "Satan" seemingly interchangeably. Manson and the members of his cult brutally slaughtered people, committing what is probably the most famous cult mass murder -- the shooting and stabbing of seven people over two days, including actress Sharon Tate (wife of director Roman Polanski), who was eight months pregnant when she was killed. Most reports conclude that Manson ordered his followers to brutally kill their victims, but he never killed any of them himself. His power over his cult family was absolute. While Manson was on trial for murder, one of his followers, Lynette Fromme, protested the trial by carving an "X" into her forehead on the courthouse steps. Fromme would later attempt to assassinate President Gerald Ford in order to bring attention back to Manson's cause. As of March 2006, Charles Manson is still in prison, receiving tens of thousands of letters every year from people hoping to become members of The Manson Family.

While Manson found his followers in the drugged, anti-establishment haze of 1960s San Francisco, not all cult leaders have such a ready-made base of potential recruits. Cult recruiting is a controversial topic, in that some believe active recruiting has died down since its heyday in the '70s, and others think it has only gotten quieter. Whatever the degree of the problem, there are people out there looking for potential cult members. In the next section, we'll learn about cult recruiting techniques.