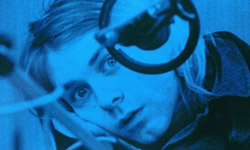 We tend to define decades by fads and fashions. You might look back on a favorite TV show with nostalgia, or cringe at your fashion choices. The 1990s are no different. It seems, at first glance, like a bland decade, destined to be little more than "the decade after the '80s." Even those who grew up in the '90s can be hard pressed to pinpoint the decade's character in a single word or phrase.

That may be by design: It's easy to see the '90s as a transitional period. Consider the world of the early 21st century — the ubiquity of the Internet, the diversity of styles, the things that are acceptable and mainstream that were once on the fringe. Many of those things began as fads of the '90s. It was the decade that rang out the end of the 20th century and all its cultural upheavals, all while ushering in the 21st century with a host of technological innovations.

Of course, some fads just faded and fizzled. For people who lived in the '90s, those fads are still with them. Even if they never wore their clothes backwards, they laughed at the idea that some people did. From piercings to flannel, "90210" to grunge, here are 10 of the biggest '90s fads. They helped shape your world, like it or not!