by Michelle Konstantinovsky Jan 11, 2018
(L-r) The interrobang, irony mark, SarcMark, the love point, exclamation comma and certitude point are all types of punctuation that grammar sticklers have tried to make happen, but failed. Wikimedia Commons/HowStuffWorks

Once upon a time, before emojis replaced words and Bitmojis essentially made both obsolete, written communication relied heavily on punctuation marks. But if you've ever felt limited by periods, commas and exclamation points, you're not alone. Here are six punctuation marks that people have tried to make happen (with varying degrees of success):

No existing punctuation mark has the power to elegantly and efficiently convey complete and utter dumbfoundedness the way the interrobang does — and as a bonus, it wins the award for best name ever. In 1962, journalist-turned-ad-executive Martin K. Speckter decided he was done messily expressing shock and awe with multiple exclamation and question marks — why not combine the two symbols to create one streamlined channel for showing readers just how incredulous you are?

Unfortunately, according to S.H. at The Economist, "no-one much used the interrobang, in refrigerator advertisements or anywhere else. But it hasn't quite died out." Lots of modern typefaces still include the mark, and some speculate the mandated brevity of social media could resurrect the symbol.

If you've been dying to implement a symbol to capture your hipster attitude in print, the irony mark is for you. English vicar and philosopher John Wilkins first came up with the concept of a symbol to indicate irony in 1668 (side note: Wilkins reportedly also invented transparent beehives and believed the moon was inhabited by aliens, but let's stay focused here).

According to Wilkins, an upside-down exclamation point was the way to convey irony, but it didn't catch on, and many others over many more centuries tried to introduce other marks to denote sarcasm. Alcanter de Brahm presented his take on the irony mark (which definitely resembles the percontation point) in the 19th century and many others, including French author Hervé Bazin (you'll hear that name again in a bit) have tried to make their own irony symbols catch on ... but nothing has stuck quite yet.

Paul Sak thought he'd figured out the best way to solve the sarcasm dilemma. A little over a decade ago, he copyrighted and trademarked the SarcMark™ after "it occurred to him that the English language, and perhaps other languages, lacked a punctuation mark to denote sarcasm (Wilkins and Brahm are somewhere sighing in frustration).

There was some backlash to Sak's invention (see Nick Broughall's article for Gizmodo Australia: "SarcMark: For When You're Not Smart Enough To Express Sarcasm Online"), and, according to Keith Houston, author of "Shady Characters","the legally unsinkable symbol was nevertheless holed below the waterline almost as soon as it was launched." The SarcMark isn't to be confused with the Snark Mark, another symbol meant to indicate sarcasm that's copyright-free and easy to type (it's a period followed by that wavy thing called a tilde). Feel free to use it — people really seem to enjoy overtly obvious sarcasm.

OK, so Bazin's version of the irony mark didn't quite catch on, but he had some other cool ideas too. Like the love point! Think of it as the punctuation equivalent of the heart-eyed cat emoji (which is infinitely superior to the regular yellow heart-eyed face emoji). It was meant to denote statements of love or affection, like "happy anniversary" or "thanks for not judging my Netflix queue." But just like Bezin's other creations, the love point sadly never came into favor since typewriters didn't accommodate it. But a simple <3 can effectively convey the same thing, don't you think?

Why wait until the end of a sentence to express your excitement? In 1992, three American inventors created and patented the exclamation comma as a way for writers to tell the world just how stoked they were mid-sentence. The creators argued authors could use it to "reflect spoken language or thoughts more closely." The trio hyped their invention for three years until their patent lapsed and everyone agreed to stifle their enthusiasm until the end of each statement.

Finally, just one more from Bazin (dude had great, if poorly executed, ideas). He proposed the certitude point as a way to end statements with serious conviction. The symbol, which looks like an exclamation point with a no-nonsense horizontal line through it, sure does scream confidence, and as Phil Jamieson suggests on the GrammarPhile Blog, "this punctuation would best be used instead of writing in all caps." If you're ready to build your own custom-made keyboard to make that happen, the certitude point will totally up your street cred.

Now That's Interesting
The exclamation point didn't have its own key on the keyboard until 1970 — before that, typists would have to type a period, hit backspace, and add an apostrophe above the dot.

Gender at the Gym: How Workout Preferences Vary by Sex, Age

Has the 'Twisted' Mystery of Fast Radio Bursts Been Solved? 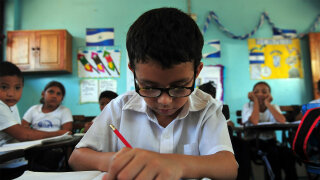 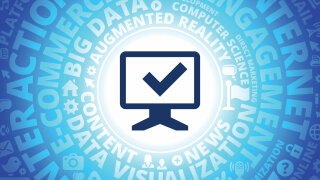 Why Spellcheck Is So Good and Grammar Check Is So Bad 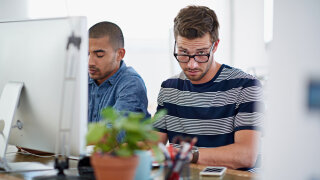 No Offense: 5 Passive-aggressive Sayings We Can Do Without