Use of the Exclamation Point Has Exploded!

by Melanie Radzicki McManus Nov 20, 2019
European deputies hold up placards bearing an exclamation mark during a 2013 session at the European Parliament in Strasbourg, eastern France, to protest a modification in the Hungarian constitution to reinforce the power of the government. FREDERICK FLORIN/AFP via Getty Images

Not too long ago, exclamation points were scorned as silly punctuation marks largely employed by excited teenage girls or inexperienced novelists having trouble conveying emotions otherwise. But today, exclamation points are everywhere. Just check your email, text messages or social media accounts. Exclamation points abound. What accounts for this explosion, and is it a good thing?

No one knows for sure who invented the exclamation mark, although it was introduced into English as far back as the late 14th century (and was poetically called "the point of admiration"). One common theory is that it was derived from the Latin exclamation of joy, which was "IO," with the "I" written above the "O" – the look of today's exclamation point. Dr. Samuel Johnson, the 18th-century lexicographer, was the person who coined the word "exclamation" for sentences that were "pathetical" or full of emotion.

Grammatically speaking, an exclamation point is supposed to be used in just one of two ways – to punctuate an exclamatory sentence ("I can't find my wallet!") or to punctuate an interjection ("Hurray!"). While exclamation marks have long been scorned in formal writing, throughout the centuries people regularly used them in personal correspondence. And in the late 19th century, yellow journalists and sensationalists often incorporated the startling marks – which printers called screamers, shrieks or bangs – into their work.

Why the Internet Needs the Exclamation Point

Experts say the reason for the increase is that people began communicating predominantly through electronic means versus personal encounters. When we speak with people face to face, we use visual and audio cues to help determine the meaning behind their words. Think of the difference when someone says "great idea" with sincerity and a smile versus with sarcasm and an eye-roll. When these cues are lost, as happens during electronic communication, something else must be used to help determine intent – like the exclamation point.

Linguist Gretchen McCulloch noted in an article in The Atlantic that the exclamation point today is used as a sincerity marker, not an intensity marker. "If I end an email with 'Thanks!,' I'm not shouting or being particularly enthusiastic; I'm just trying to convey that I'm sincerely thankful, and I'm saying it with a bit of a social smile," she said.

This is especially true for women. Research shows females use exclamation marks more than males in online communications, and the reason is to show friendliness. Leave one off, and message recipients may view you as rude, cold or harsh.

Rachel George, an assistant professor at Washington's Whitman College, teaches courses in linguistic anthropology. She says the rise in the usage, and possible overusage, of the exclamation point isn't surprising, because all punctuation is flexible when it comes to social media. "Because of the way [electronic communication] represents a combination of the written and spoken word, punctuation becomes much more about the aesthetic and the emotional," she says, and not strictly about grammatical correctness.

She also notes that the rise of the exclamation point may be tied to the fact that research indicates young women and young people of color are linguistic innovators. During the linguistic innovation process, aspects of a new speaking style are initially vilified. Recall how people made fun of Valley Girl speech in the 1980s, with its overuse of the word "like" and its rise in pitch at the end of sentences. Yet today, aspects of "Valleyspeak" are widespread. So, if young women began peppering their texts, emails and social media posts with exclamation points a decade ago, that may help explain their ubiquity now.

Another possible reason we're seeing so many screamers may be the need for speed, according to researchers. We're communicating via the written word more than ever before, and in short bursts. Sometimes an exclamation point comes in handy as shorthand for a few words or sentences we don't have time to write.

In the end, time will tell whether high exclamation point usage is here to stay (linguistic innovation!) or just a passing fad (so sorry!)

NOW THAT'S INTERESTING
An interrobang is an atypical punctuation mark which looks like this: ‽First known to be used in 1967, it combines the function of a question mark with that of an exclamation point and is used in rhetorical questions. For example: What are you doing‽ It may also be written as ?! or !?.

What's All the Buzz About Manuka Honey?

Is Cold-Shocking Your Body After a Sauna a Good Idea? 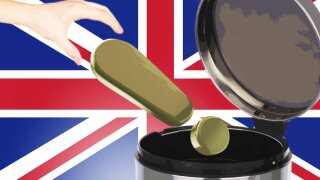 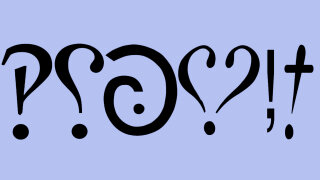 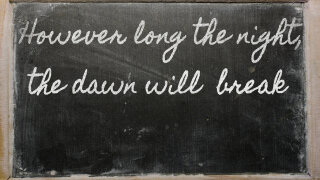