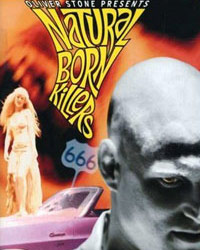 Several films have been implicated in copycat murders over the years. The Russian roulette scene in the movie "The Deer Hunter" has been linked to a number of accidental suicides. The ultraviolent "A Clockwork Orange" has been accused of spurring real-life violence. Even "The Fisher King," a dramatic comedy directed by Monty Python alum Terry Gilliam, partially inspired a mass killing.

But perhaps no other movie has been held more responsible for inspiring a generation of copycat killers than the 1994 Oliver Stone film "Natural Born Killers," which, ironically, discusses the glorification of violence in the American media. The film also has the bizarre status of inadvertently creating copycats of copycats. The movie is loosely based on the killings carried out in 1957 and 1958 by teenage spree killers Charles Starkweather and Caril Ann Fugate.

The criminals most often cited as having been inspired by the movie are teenage couple Benjamin Darras and Sarah Edmondson. The pair watched the movie repeatedly under the influence of LSD and decided to go on their own crime spree the next day. They traveled from Oklahoma to Mississippi, where Darras and Edmondson shot two people, killing one and paralyzing the other.

As many as 12 other murders have been linked to the movie [source: Ramsland].