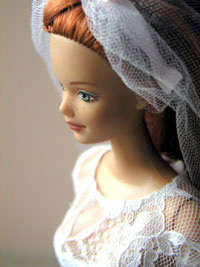 Do women have a higher pain tolerance than men?

Some people suppose that, because they are able to bear children, women have a higher pain tolerance than men do. However, several studies do not support this theory. A study at the Pain Management Unit of the University of Bath reported that women feel more pain in their lifetimes and that they feel pain for longer durations than men do. One experiment involved men and women submerging their arms in ice water. In that experiment, women had a lower pain threshold and lower tolerance for pain than men did [Source: Live Science].

Women's brains also respond a little differently to pain than men's brains do. There is considerable overlap in the areas of the brain that respond to pain and stress, but women's limbic centers become active in addition to these areas. The limbic center is responsible for a person's emotions, so this suggests that women are likely to have emotional responses to pain and stress. Researchers theorize that this is because of the traditional gender role of women as caregivers [Source: Science Daily].

In 1995, researchers at the University of Arizona studied how African-American and Caucasian girls viewed their bodies [Source: University of Arizona]. They asked teenaged girls to describe their own bodies as well as what a perfect girl would look like. African-American girls were reluctant to assign physical traits to an ideal girl, but Caucasian girls gave roughly the same description. Their idea of an ideal girl was 5 feet 7 inches tall, weighed about 100 pounds and had long hair. Researchers called this description "a living manifestation of a Barbie doll" [Source: Quindlen].

Some researchers have used this as evidence that Barbie dolls encourage women to strive to have bodies that are unattainable. Some say Barbie is responsible for breast implants and eating disorders. However, there hasn't been a large-scale study directly linking playing with Barbie dolls to low self-esteem or increased eating disorders. There haven't been any studies proving that girls want to look like Barbie dolls, either. In fact, a 2005 British study revealed that girls often deface or mutilate their Barbie dolls while leaving their other toys unharmed [Source: Live Science].

However, one study has suggested that toys with unattainable proportions might affect a person's self-image. But the study didn't involve Barbie -- it involved male subjects and Ken dolls as well as action figures like the Hulk and G.I. Joe. The men in the study reported a more negative self image after playing with hyper-muscular action figures than after playing with Ken [Source: Sex Roles: A Journal of Research]. If playing with a toy can affect men in this way, it may affect women similarly.

Doctors and scientists are still discovering other similarities and differences in men and women, and they've made some surprising discoveries. For example, after World War II, pharmaceutical companies feared that drug tests could harm pregnant women and that women's hormones could affect test results. So, they tested drugs primarily on men. But in the last several years, the medical community has discovered that women and men often have different responses to drugs. For this reason, human trials of new drugs include both men and women [Source: The Science of Sex and Gender in Human Health]. You can learn more about how gender affects physiology, psychology and other human traits by following the links below.

Women in Math and Science

In general, men outnumber women in a number of quantitative fields like math and science. One study shows that women who enter these fields are likely to downplay their femininity in order to fit in [Source: Psychology Today].