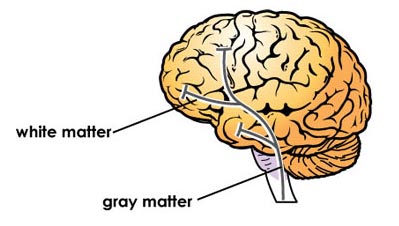 In 1992, Mattel Toys released a talking Barbie doll that said the phrase, "Math class is tough!" The doll caused controversy, especially among parents and teachers who thought that it reinforced the stereotype that girls are not good at math. Standardized test scores seemed to support the stereotype -- in general, boys' scores in math were higher than girls' [Source: Psychology Today].

Research into the differences in men's and women's brains also seemed to support the idea that men should be better at math. Men have 6.5 times more gray matter in their brains than women do. Women have 10 times more white matter. Gray matter creates processing centers in the brain, and white matter creates the connections between them. In other words, men have lots of areas for processing concrete data -- like mathematical equations -- and women have lots of connections that allow them to see and process patterns [Source: Live Science]. Some researchers believe that this difference in brain structure supports the idea that men are better at math while women are better at language. ­

­ H­owever, other researchers argue that men aren't really better at math. Girls often make better grades in math than boys do. Researchers theorize that the stereotype that women are not good at math may be partly to blame for this discrepancy. According to Dr. Robert Josephs of the University of Texas-Austin, women fear that their performance on standardized tests will prove that they're bad at math. For this reason, they don't do as well on tests, regardless of whether they've made good grades in math classes. Men, on the other hand, see such tests as an opportunity to prove that they are good at math, so they perform better [Source: Psychology Today].

In addition, women tend to receive higher scores on math tests when they take them without men in the room. According to one study that evaluated men and women who had made similar SAT scores, women's scores increase by up to 12 percent when taking tests without men in the room. Researchers say this is due to a stereotype threat, or a fear that a person will conform to a common stereotype [Source: Cook].

Regardless of how well they score on standardized tests, women seem to be able to develop math skills that are equal to men's. A large-scale analysis of data also suggests that there's very little difference between men and women's abilities in math [Source: Economist].