Why is it bad luck to mention a no-hitter during a baseball game? 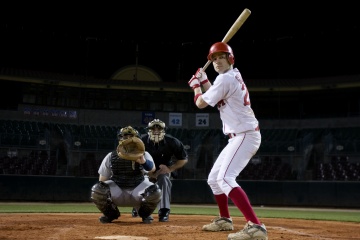 What's the quickest way to have thousands of baseball fans hate you? Publicly predict a no-hitter.
Donald Miralle/Thinkstock

Hey, baseball fans — have you ever watched a no-hitter in progress and wondered why nobody would talk about it? Or why the team was treating the pitcher like a pariah, making him sit alone on the bench between innings? Maybe you even mentioned that the game might be a no-hitter and were immediately chastised by everyone around you.

Confused? Blame superstition, and this is a big one — it holds that talking about a no-hitter instantly jinxes it. Most baseball fans would advise you not to mess with it, even in jest.

When the stakes are high in sports, players tend to employ all sorts of wacky superstitions. You've probably heard of players who won't shave or change their socks, or those who eat only a certain food before games. They feel that deviating from these self-imposed rules brings bad luck. Why? A 2006 study about sports superstition in the Journal of Applied Social Psychology proposes a few theories:

Even though there's no scientific link between superstitious activities and outcome, baseball has no shortage of the no-hitter silence rule gone terribly wrong. Back in June 2012, Jarrod Parker of the Oakland A's was in the fifth inning of a no-hitter. Then the Major League Baseball Twitter feed mentioned the no-hitter, and in the eighth inning the Texas Rangers' Michael Young hit a single. Many fans on Twitter believed the MLB tweet jinxed Parker's no-hitter, bringing up the question — does the superstition count if the mention is nearly 3,000 miles away and out in cyberspace?

All the way back in 1947, Yankees pitcher Bill Bevens had only one out remaining before completing the first no-hitter in World Series history. Red Barber, the Yankees' broadcaster, mentioned this imminent milestone, and the Dodgers immediately got a hit and went on to win the game. We can only imagine the wrath of the Yankee fans about that slip-up.

Broadcasters today have to get creative. They'll allude to a no-hitter without saying it outright. Announcer Dewayne Staats says he'll make statements like "We have something special building here," or drop small clues for those listening at home. The pitcher's teammates are an important part of the superstition action, leaving lucky hurlers alone during a no-hitter. They won't talk or interact with their pitcher, allowing him to focus solely on his game without disruption.

Today, in the age of social media, the "baseball code" may become more flexible. Some fans now state that mentioning a no-hitter is OK — as long as you're not in the stadium or in the vicinity of it.

Conspiracy Theories and Creationism Depend on the Same Backward Logic
Funerals Have Changed Since the 1960s. Here's How
Still Riding the Rails: Life as a Modern Hobo