by Dave Roos Aug 28, 2018
A poster for a missing autistic 14-year-old named Avonte Oquendo, is viewed on a New York City street on Oct. 21, 2013. Family members focused their search along rail yards and in subway stations since the boy had a love of trains. Spencer Platt/Getty Images/HowStuffWorks

Most parents wouldn't hesitate a second to call the police if a small child goes missing, but what's the protocol for older teenagers and adults? Aren't you supposed to wait 24 hours before reporting a friend or loved one as missing? And how much are the police able to do if an adult disappears without any evidence of foul play?

The good news is that most missing person's cases are quickly canceled or resolved. In 2017, 651,226 children and adults were reported missing to the U.S. National Crime Information Center, and all but 11 of those cases were solved, some in just hours. (In 2016, the unsolved cases numbered about 3,000). But if you ever find yourself in the terrifying position of losing track of a loved one, would you know what to do?

Rob Lowery is vice president of the Missing Children Division at the National Center for Missing and Exploited Children (NCMEC), a nonprofit that has assisted law enforcement in the recovery of 277,000 missing children over the past 34 years. His biggest piece of advice, particularly for parents, is to trust your instincts.

With young children, call the police immediately if you can't find the child, even if there's a good chance that the child wandered off or is hiding. If a child goes missing in a store — a scary feeling that most parents know — Lowery says to tell the store manager or another employee immediately. Most stores are trained to issue a Code Adam, in which all exits are locked and the police are called.

"Don't let anybody leave until that child's been found," says Lowery.

Older teenagers have a lot more independence and mobility, making it harder to tell when a teen is just being a teen or when something's really wrong. Most parents of a 17-year-old know that sickening feeling when a teen is out past his curfew and isn't answering his phone or responding to texts. At what point do you give in and call the police?

Again, Lowery says that the key is to trust your instincts. Call or text around to the teen's friends to try and locate him, but also don't hesitate to use the police as a resource.

"Children are sometimes late. They don't answer their phones because they don't want to get lectured by their parents," says Lowery. "But there's always that chance. Older children are sometimes abducted and harmed by others. I think notifying the police in the earliest possible stages is my best advice."

For missing children up to 20 years old, there's one more phone call you should make after filing a missing person report with the police. Lowery recommends calling the NCMEC at 1-800-THE-LOST and opening up a case with his organization. Working in coordination with local law enforcement and federal resources like the FBI, the NCMEC provides an extra layer of resources to families of missing children, including getting the child's photo out to the public through TV and social media as quickly as possible.

Missing Adults Are a Different Story

It isn't a crime to go missing as an adult. Individuals over 18 who are mentally competent can choose, if they wish, to disappear, cutting off all contact with friends and loved ones. This puts law enforcement in a difficult position, because the police are limited in their response to missing person cases where there isn't clear evidence of an "involuntary disappearance."

That said, there's no waiting period required before calling the police to report a missing adult. You can file a report as soon as the person can't be located and you fear that something is wrong. Give the police as many details as possible about what the person was wearing the last time you saw them, what kind of car they drive, where they work, eat or hang out.

How the police respond will depend on whether the disappearance sounds truly out of the ordinary. For example, did the missing person disappear without their wallet, vehicle or prescription medications? Did the person fail to perform an important daily task, like picking up a child from school or a spouse from work? Did the missing person fail to return as expected from a hiking or camping trip in a wilderness area? These types of scenarios will draw the strongest police response.

Other situations that warrant an immediate and aggressive police response is when the adult suffers from mental illness or dementia. Outside of these special circumstances, however, police are not likely expend significant resources on the case.

What Else Can You Do?

While there's no longer an organization that's exclusively dedicated to missing adults, you can reach out to the National Missing and Unidentified Persons System (NAMUS), a national data clearinghouse on all missing persons that also provides free investigative support for law enforcement and families.

Create your own missing person flyer, using a recent photograph. Explain when they were last seen, what they were wearing, plus any identifying marks, like tattoos or scars. Let people know to call 911 if they have any information.

You can also hire a private investigator. Just make sure that the investigator is licensed by the state, can provide references, and that no complaints against the investigator have been filed with the Better Business Bureau. Insist on signing a contract that details exactly what services will be performed and their cost.

Finally, as distressing as it may be, collect personal items from the missing individual that could be used to extract DNA samples, like hair brushes, toothbrushes, mouth guards, underwear, and seal them in a plastic bag. 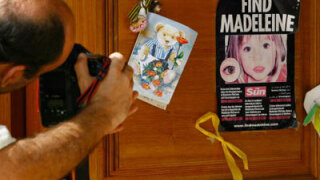 How to Volunteer for Missing Persons 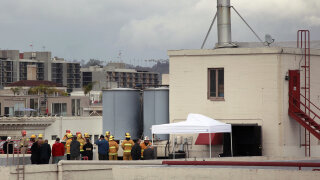