What Should You Do If There's an Active Shooter in the Office?

Browse the article What Should You Do If There's an Active Shooter in the Office? 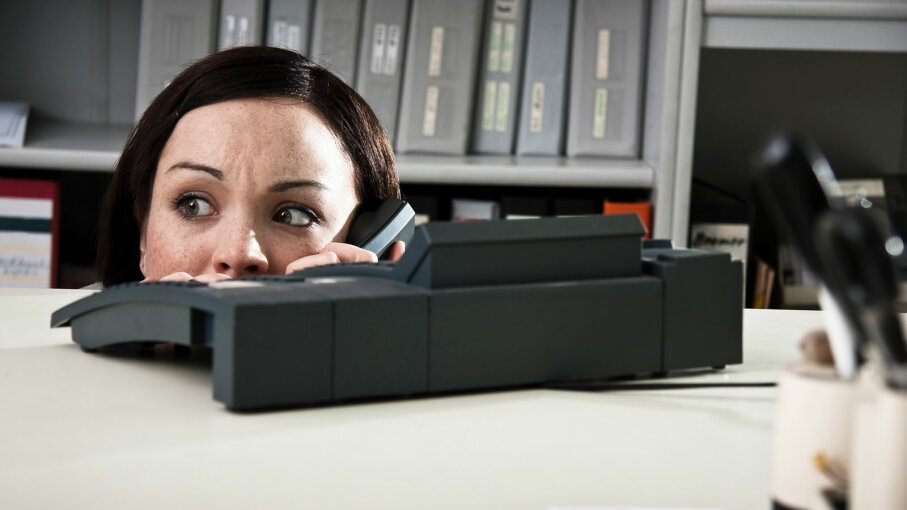 Would you know what to do if a gunman invaded your office? Thomas_EyeDesign/Getty Images

If you heard gunshots at work, would you know what to do? Would you know the fastest escape route or the best place to hide? And if it came down to saving your own life and those of your co-workers, would you be prepared to fight back?

Media reports to the contrary, mass shootings actually are more likely to occur in places of business than schools. When the FBI studied active shooter cases from 2000 to 2013, it found that 45.6 percent of the incidents happened in areas related to commerce (like offices and malls). This was followed by environments related to education (like schools and colleges) at 24.4 percent.

And the number of shooting incidents keeps rising: In 2000, there was one active shooter incident, resulting in seven casualties, according to the FBI; in 2017, there were 30, resulting in 729 casualties. The FBI defines an active shooter as "an individual actively engaged in killing or attempting to kill people in a populated area."

The truth is that none of us really knows how we'd respond in the unlikely event of an active shooter in the office. Which is exactly why education and preparation are so important, so you'll know what to do in such a terrifying situation.

Rob Berryman is a safety consultant with the American Contractors Insurance Group who presents frequently at risk management conferences about active shooter training and response. One of Berryman's favorite sayings is, "People don't rise to the occasion. They retreat to their level of training."

While nothing replaces a thorough, in-person training by active shooter response specialists like the ALICE Training Institute, Berryman shared some life-saving tips for how to survive an active shooter attack in an office. His tips are organized under the active shooter survival mantra: Run. Hide. Fight.

If You Can Escape, Run

The first and best option in any active shooter situation is to escape to safety. But to do this, you first need to know all of the exits and escape routes in the office. This is why it's so important to plan for precisely this kind of emergency. Every worker needs to ask themselves, "If I'm at my desk, on the elevator, in the break room or in the bathroom, what's the quickest way out?"

If the shooter isn't yet in your area of the office, stay low and move as quickly as you can toward the nearest exit. Don't hesitate and always keep moving. While fleeing, prevent anyone else from entering the building. Only when you're free and clear of the immediate danger should you call 911.

If You Can't Get Out Quickly, Hide

This is not an "old-school lockdown," says Berryman. Hiding does not mean passively huddling in the corner of an office. Sadly, that only makes it easier for shooters once they discover the hiding place. Law enforcement and training experts recommend a much more "active" form of hiding intended to keep the shooter out or escape if possible.

Again, knowing the best hiding places in the office requires planning ahead. The ideal locations are rooms with thick walls that can be locked from the inside. Cubicle walls won't stop a bullet, and glass-walled conference rooms can be shot open. Even doors with glass panels are too risky. Many office walls are made of thin drywall, which also is too weak to stop a bullet. Interior rooms closest to an elevator shaft tend to have thicker, reinforced walls.

If none of the rooms in your office have locks, you need to know what it takes to keep that door closed. That means knowing which doors open inward and which open outward. Doors that open inward can be barricaded with heavy pieces of furniture (filing cabinets, refrigerators, desks) or jammed closed with a pair of rubber doorstops.

For doors that open outward, Berryman recommends tying an electrical cord around the door handle and using two or more people to pull hard on the cord to keep the door closed. If an outward opening door has a hydraulic arm at the top, you can tie a belt tightly around the v-shaped arm and door won't open.

"Shooters are opportunistic," says Berryman. "They're holding a gun, so they only have one free hand to work with. If you can secure that door using any and all means, it'll be harder to get inside one-handed."

Remember that hiding is still your second-best option. If your hiding place is on the first or second floor, consider escaping through a window. That's what saved several students' lives during the Virginia Tech shooting. A brave teacher corralled his students out the window before the shooter breached the door.

If you need to break the window to escape, smash it from a top corner using any heavy object, including a chair, fire extinguisher or "salesman of the year" trophy. Clear out as much glass as possible before escaping, not forgetting hanging glass shards above you. If you're on the second floor, hang by your hands from the window ledge to lessen the distance of the fall.

If All Else Fails, Fight Back

Fighting back does not mean actively seeking out the shooter and facing him one on one. Instead, it's the last resort if the shooter breaks into your hiding place, but one that could save many lives, including your own.

While hiding, you and your co-workers need to be ready to react quickly if that door opens. That means staying low, but not sitting or laying down on the floor. Grab anything available that you can throw at the shooter or use as a weapon.

"I challenge people to go back to their desk and find five things that can defend themselves with," says Berryman. "Staplers, scissors, coffee mugs, anything."

The first defense if the shooter gets through the door is to throw stuff directly at his face. Berryman, a certified self-defense instructor for the NRA, says that it's impossible to aim when solid objects are flying at your head.

Then comes the hardest part. For the split second that the shooter is thrown off guard, everyone in the room needs to swarm him. Not just one or two people, or the biggest, toughest people, but everyone. This is no time to go lightly or fight fair. The goal should be to incapacitate the shooter with aggressive physical force using any means necessary.

Berryman admits there's a very real risk of somebody being shot while swarming, but the risk of doing nothing is far worse. Again, one of the huge benefits of training and preparing for active shooter situations is that you and your co-workers are on the same page and ready, if necessary, to fight for each other's lives.

Get Trained, Be Prepared

If your workplace doesn't already have active shooter training and drills, let your bosses and human resources team know that it's important. Local law enforcement can often provide free training, or you can reach out to professional training institutes like ALICE. The Department of Homeland Security also has an excellent Active Shooter Preparedness program that includes instructional videos, training booklets, posters and more.

Now That's Good to Know
Never pull a fire alarm during an active shooter situation. That will only encourage co-workers to leave their offices and congregate, making them easy targets. It also confuses law enforcement and first responders as to the nature of the emergency.