In January 1954, Albert Einstein wrote a letter to Jewish philosopher Eric Gutkind, in which the physicist responded to Gutkind's book Choose Life: The Biblical Call to Revolt. Gutkind's book, as this Commentary review explains, sought to reconcile religion, science and humanism, by drawing upon scripture to urge people to bring about a better world. Einstein, who had read the book at the urging of a friend, wasn't buying it.

"The word 'God' is for me nothing but the expression and product of human weaknesses; the Bible a collection of honorable but still primitive legends which are nevertheless pretty childish," he wrote, according to a translation published in the Guardian, a British newspaper, in 2008.

In his letter, Einstein dismissed the concept of God and religion altogether. "The word God is for me nothing but the expression and product of human weaknesses, the Bible a collection of venerable but still rather primitive legends. No interpretation, no matter how subtle, can (for me) change anything about this," he wrote according to the translation from Christie's.

Einstein, a Jew, was harsh in his view of Judaism, which he wrote in the letter was "like all other religions, an incarnation of primitive superstition."

For me the unadulterated Jewish religion is, like all other religions, an incarnation of primitive superstition. And the Jewish people to whom I gladly belong, and in whose mentality I feel profoundly anchored, still for me does not have any different kind of dignity from all other peoples. As far as my experience goes, they are in fact no better than other human groups, even if they are protected from the worst excesses by a lack of power. Otherwise I cannot perceive anything 'chosen' about them.

On Dec. 4, 2018, more than 64 years after Einstein wrote those words, what has become known as the 'God letter' was auctioned off by Christie's New York. The auction house originally estimated its value to be between $1 million and $1.5 million. Instead it fetched a record-breaking price of $2.9 million. When the letter last changed hands eight years ago, it sold for $404,000, according to The New York Times.

Christie's says the letter is "Einstein's single most famous letter on God, his Jewish identity, and man's eternal search for meaning," which could explain the huge sale price.

Now That's Interesting
Einstein rejected the western concepts of God and faith, but he wasn't an atheist. Instead, the physicist believed in what he called "cosmic religion," a reverence for the universe's complexity and beauty and an appreciation of the interconnection of everything in it, which could be inspired by art and science.

If the Light Is Stuck on Red, Are You Stuck Too? 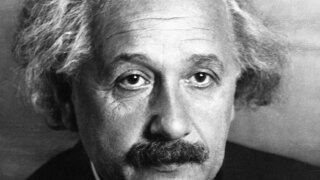 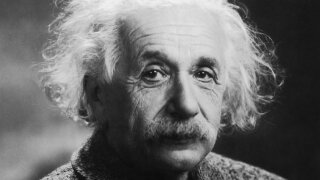 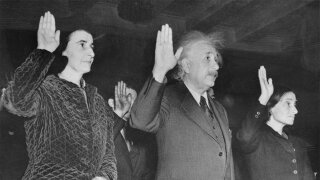