What Does It Take for a Product to Be Labeled 'Made in the USA'?

by Shelley Danzy Apr 4, 2017
A mining machine in Germany displays a "Made in USA" sticker. Sean Gallup/Getty Images

Many shoppers, even the savviest ones, may think the country on a product's label is the be-all and end-all of an items' origination. A label that reads "Made in USA" reveals everything, right? But products may have taken more than their fair share of cross-country journeys. "Made in," "assembled in," "manufactured in," "processed in" — how can consumers really know where their products come from?

The primary federal label-lingo gatekeepers are the Federal Trade Commission (FTC) and U.S. Customs and Border Protection (CBP). The FTC regulates product claims of U.S. origin under its general authority to act against deceptive acts and practices, while CBP monitors foreign-origin claims (like "Made in China" labels), thanks to the Tariff Act of 1930. CBP requires a country of origin mark on all imported products.

"The country in which a product is put together or completed is highly significant to consumers in evaluating where the product is 'made,'" the FTC's 1997 enforcement policy statement says of consumer perception. In fact, in 2016 Nielsen surveyed more than 30,000 online consumers in 61 countries, and found that a brand's country of origin is as important or more important than factors like price or quality to consumers. (However, this is debatable, as studies have shown people's preferences may vary depending on the type of product.)

The "Made in USA" label is particularly important to American shoppers. According to a 2015 Consumer Reports survey, nearly 8 in 10 American consumers would rather buy an American-made product than an imported one, and about 60 percent of people surveyed would be willing to pay more for it. So, there's definitely money at stake for manufacturers when it comes to labeling.

Scott Paul, president of the nonprofit, nonpartisan Alliance for American Manufacturing, says in an email, "The standard for products being labelled 'Made in USA' requires that 'all or virtually all' of a product is made in the U.S. That can mean different things depending on the product's manufacturing process." Put simply, it means all the significant parts of the products should be of U.S. origin, with a negligible amount of foreign content, if any.

Consider a basic lamp assembly: a base and lampshade. The base may be an import, and the shade made in the U.S., but the entire lamp may be assembled in the U.S. When that happens, Paul says, "products can't use a 'Made in USA' label and may turn to the assembly labelling to show their U.S. footprint."

The rules get even more finicky when the manufacturing process gets more complicated. For example, if a TV with an American-made picture tube is assembled in Korea and then shipped to the U.S., the CBP requires that the complete TV set be marked "Made in Korea," because that's where the TV was last "substantially transformed." And clothing and household textile and wool items would get the "Made in USA" stamp of approval if the final product and its fabric are manufactured in the U.S., even if the base materials — like yarn or fibers — were sourced elsewhere.

The list of caveats and exceptions continues. Obviously, the guidelines for origin labeling are often confusing, and a "made in" tag may not tell a product's whole story. Some "Made in USA" labels contain misleading wording or are illegitimate, claiming U.S. origination that has not been verified. Considering the complexity of labeling policies and cases of fraudulent labels in the U.S., consumers and politicians have become wary.

Still, some American companies are pledging to reinvest in American-made products, considering the stats on consumers' preferences and criticism about outsourcing. An estimated 80 percent of Wal-Mart's suppliers are in China, but the company pledges to spend approximately $250 billion on U.S. (made, assembled or grown) products by 2023. And GE Appliances promises to dedicate more than $1 billion to making "great American-made appliances." (GE does note, however, that some parts they use aren't made in the U.S. and some must be purchased globally to keep pricing competitive.)

So, customers may not be able to get the whole scoop on a product's country of origin from its label. But they can be sure that there are a boatload of rules dedicated to making sure purchasers know where their products were made.

These Arctic Squirrels Repeat Puberty Every Year of Their Lives 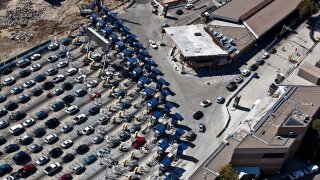 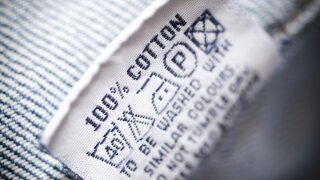 What's the deal with those laundry symbols, and how do I tell them apart? 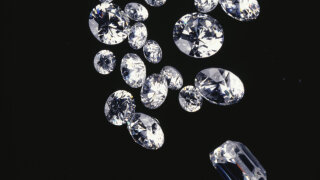 10 Most Deceptive PR Campaigns in History