What Is the U.S. Customs Service, and How Long Has It Been Around? 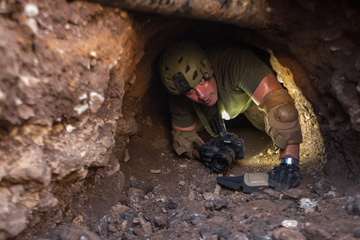 A Border Patrol agent inspects a man-made tunnel near Nogales, Ariz. Such tunnels are used to transport drugs under the U.S. border.
John Denmark/U.S. Customs and Border Protection

On July 4, 1789, the First Congress passed, and President George Washington signed into law, the Tariff Act of 1789. This act authorized the collection of duties, or fees, on imported goods. (The act was proposed as a measure to raise money for the financially desperate young nation.) Points of entry were determined shortly after, and people -- citizens and visitors -- entering the U.S. began to be accountable for what they brought with them [source: Malloy].

For more than a century, U.S. Customs supported virtually the entire government and its infrastructure, according to Customs Service historians. Customs revenues were used to build Washington, D.C., many of the nation's lighthouses, and the U.S. military and naval academies.

The U.S. Customs Service, whose early activities were far-reaching and diverse, spawned other government agencies, including the Bureau of Census, the Department of Veterans Affairs, the U.S. Coast Guard and the National Institute of Standards and Technology.

In March of 2003, the U.S. Customs Service (along with employees from other organizations like the U.S. Border Patrol) became U.S. Customs and Border Protection, an agency of the Department of Homeland Security. With that update, the CPB became responsible for ensuring that all imports and exports are legal and comply with U.S. laws and regulations, and for collecting revenues associated with the enforcement of those laws. (Zachary Mann, a 13-year special agent and spokesman for the U.S. Customs Service, likes to describe the agency as the "oldest law enforcement agency" in the U.S.)