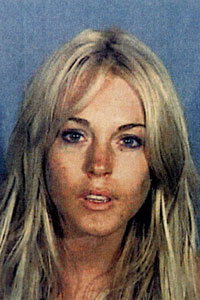 The word "rehab" has become a part of the international lexicon. While it can mean several things, it most frequently refers to a center or program where a person can find treatment for addiction. Although it's become so firmly embedded in our consciousness as a natural byproduct of the addictive nature of Western society, rehab is a relatively new concept.

Prior to the 1980s, anyone seeking help for a drug or alcohol addiction was sent to a sanitarium -- a psychiatric hospital -- or a traditional hospital. Think Patty Duke's character in "Valley of the Dolls" or Winona Ryder's character in "Girl, Interrupted."

In the '80s, rehab centers branched off from their psychiatric foundations to encompass several forms of treatment. This was partly due to a change in the perception of addiction. Rather than pinpointing a substance (with its addictive properties) as the cause of addiction, or believing addiction to be a weakness of will, addiction itself became viewed as a disease. However, what hasn't changed is the purpose of rehab centers: to provide a place of solace and respite where an addict can "kick the habit."

For many years, going to rehab was viewed as somewhat taboo. It wasn't an experience that was openly discussed and is still sometimes looked upon as somewhat shameful, as if the patient had failed somehow. But as more and more people go to rehab to find help for their addictions, it has come to play an accepted -- and necessary -- role in society.

Recently, the acceptance of a stay (or several stays) at a rehab -- as a consequence of fast living -- has became so widespread that some celebrities are reputed to have used rehab excursions as a publicity stunt to boost their fame.

Actress Lindsey Lohan made several highly publicized trips to rehab in 2007. Even Amy Winehouse, the British singer notable for her first American single "Rehab" (including the lyrics "They tryin' to make me go to rehab / I said no, no, no") eventually said "yes" to several short rehab stays after a brush with death from an overdose consisting of heroin, cocaine, ketamine (a horse tranquilizer) and ecstasy [source: Daily Mail].

Celebrities have even managed to boost some rehab facilities to fame. Centers like Promises in Malibu, Calif., and Crossroads in Antigua, West Indies, now enjoy elevated status thanks to some of their high-profile patients.

­Although celebrities get the lion's share of the publicity for their visits, they aren't the only ones who utilize rehab services. The 2005 National Survey on Drug Use and Health found that 3.9 million Americans age 12 and older received some kind of treatment for drug and/or alcohol dependency in 2005. Treatment was received in a variety of locales, including inpatient rehab centers, self-help groups (the largest portion) and prison [source: Department of Health and Human Services].

The wide array of treatments for people suffering from addiction reveals that a large portion of Western society has succumbed to dependency on everything from liquor to pills to sex, and even food. So what are these places where people can go to get help?

In this article, we'll examine whether rehab is effective, how it works, the types of treatments in use and the cost of rehab. But first, we'll look at the history of treatment facilities. 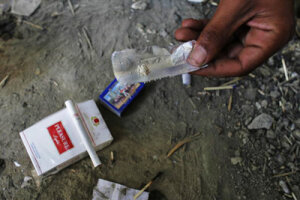