The History of Public Schools in America 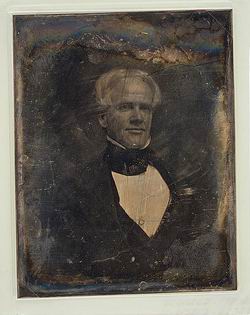 Hundreds of years ago, most learning happened at home. Parents taught their children or, if their families could afford it, private tutors did the job. The Puritans were the first in this country to point out the need for some kind of public education. They established schools to teach not just the essentials-reading, writing and math- but also to reinforce their core values.

After the American Revolution, Thomas Jefferson argued that the newly independent nation needed an educational system, and he suggested that tax dollars be used to fund it. His pleas were ignored, however, and the idea for a public school system languished for nearly a century.

By the 1840s, a few public schools had popped up around the country in the communities that could afford them. However, that smattering of schools wasn't good enough for education crusaders Horace Mann of Massachusetts and Henry Barnard of Connecticut. They began calling for free, compulsory school for every child in the nation.

Massachusetts passed the first compulsory school laws in 1852. New York followed the next year, and by 1918, all American children were required to attend at least elementary school.

Next came the movement to create equal schooling for all American children, no matter what their race. At the turn of the 20th century, schools in the South, and many in the North, were segregated. The 1896 Supreme Court ruling, Plessy v. Ferguson upheld the legality of segregation. Finally, in 1954, the Supreme Court overturned its ruling with the landmark case, Brown v. Board of Education, and public schools became open to people of all races.