The Folds of History 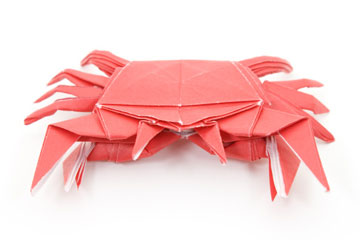 Animals are a recurring theme in origami models. Frogs and cranes are especially popular.
iStockphoto/Thinkstock

Without paper, there is no origami. So the history of the art form is closely tied to the history of paper and its development in human society. Yet because of the delicate, almost ephemeral material used to make models, the history of origami is an uncertain one.

The Chinese first invented paper around 105 A.D. These handmade papers were a luxury item, and there is no record of paper folding in Chinese history.

During the sixth century (501 to 600 A.D.), Buddhist monks introduced paper to Japan. As in China, it became a rare and expensive product, prized and often reserved for special occasions and religious rituals. As paper became more common, so did paper folding.

By the 1600s, the Japanese were folding paper not only for serious ceremonial purposes, but also just for fun. One of the oldest and most direct references to paper folding appeared in a 1680 Japanese poem by Ihara Saikaku, in which the author writes about paper butterflies that appear in a dream.

Not everyone took naturally to the painstaking work of folding, of course. So in 1797, Akisato Rito wrote the first instructions for paper folding in a work called "Sembazuru Orikata," which means "thousand crane folding." Orikata, translated, means "folded shapes," but in the 19th century, origami became the more common term.

Japan didn't have a stranglehold on paper folding, however. There's plenty of evidence that paper folding emerged in Europe around 700 A.D., at least in part thanks to the famous Silk Road, a network of trade routes that connected China with much of Europe and Asia. The Spanish, in particular, took to paper folding early and became known for their many sophisticated, geometric designs.

On the next page, you'll see that one country truly dominated the advent of paper folding. Forget paper hats and boats -- these artists didn't settle for easy designs.