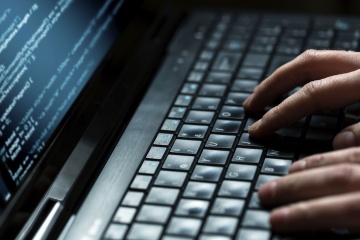 Digital espionage has some vulnerabilities that shortwave radio just doesn’t, so keeping numbers stations around as a backup system makes sense.
© scyther5/iStock/Thinkstock

The quantity of numbers stations and transmissions dropped dramatically after the end of the Cold War. Lessened political tensions and improvements in other technologies left fewer people relying on shortwave communication.

Still, the numbers stations broadcasts continue. Are they feeding invaluable information to spies who carry out vital missions of the cloak-and-dagger variety? Or are they black budget holdovers from a bygone era, impossible to do away with and simply transmitting useless noise into the void?

From the headlines about cases such as Ana Montes and the Anschlags, it's pretty clear that shortwave radios are still used for spying. But it's impossible to know just how many countries continue to actively use these systems. It could be that they simply broadcast mostly gibberish, as part of a strategy to lull enemies or distract them with decoys.

It could also be that governments mostly maintain the stations for readiness purposes, just in case they might be necessary in emergencies. This continuity not only provides some fallback technology for military or espionage needs, but it also keeps numbers stations workers employed ... and less likely to break their silence and sell secrets to a media outlet.

In the broadest sense, though, the days of numbers stations are probably, well, numbered. The steep decline in the stations following the end of the Cold War was likely the most significant indicator that these stations aren't needed as much as they were during a period when superpowers routinely clashed all over the globe.

As communications technologies continue to evolve and digital encryption gets harder to break and harder to trace, these strange shortwave broadcasts may eventually find themselves relegated to the dustbin of the spy trade.

Or perhaps the opposite will occur. Maybe some catastrophic digital apocalypse will push numbers stations operators back onto the frontlines of a shadowy war, one where a mechanical voice bleats bizarre codes into the airwaves around the globe, spurring action that will forever change human history.

You can tune into numbers stations using an inexpensive shortwave radio. Or more easily, you can stream archived recordings on all sorts of Web sites. When you do, you'll hear a warbling analog transmission that sounds as if it's coming from a 1950's time warp. You may find these broadcasts unnerving or baffling, but either way, like most other humans on Earth, you'll never have any idea what these codes mean.