Browse the article How the Mayan Calendar Works 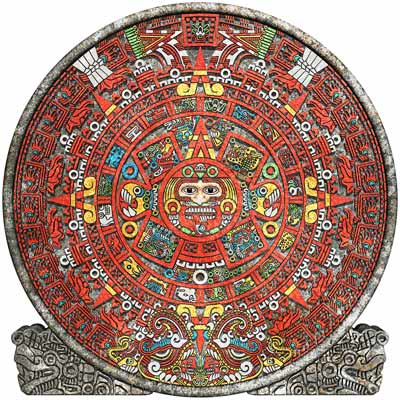 Most people around the globe look at some form of a calendar every single day. Business executives check to see when their meetings are scheduled. The busy mom confirms soccer practices and piano lessons. College students ensure that their papers are turned in on time and they have plenty of time to study for exams. For the people of ancient Maya, calendars were just as important to daily life as they are to people today.

The Mayans originated in a region called Mesoamerica, or Middle America. This region lies in between Mexico and South America and was home to many other cultures, including the Aztec, Olmec, Teotihuacan and Toltec. The Mayans lived in what are today Guatemala, Belize, Honduras, El Salvador and Southern Mexico (Yucatan, Campeche, Quintana Roo Tabasco and Chiapas).

­Mesoamericans began writing during the mid-Pre-classic period. The Mayans were the first to keep any sort of historical record, and the beginnings of the calendar were born. The Mayans used stelae, or stone monuments, to carve their civil events, calendars and astronomy knowledge. They also inscribed their religious beliefs and mythology on pottery.

The Mayans placed great value in recording their people's history. While they weren't the first civilization to ever use a calendar, they did devise four separate calendars that lasted for discrete time periods. Depending on their needs, the Mayans used different calendars or some combination of two calendars to record each event. Their Long Count calendar, which we'll learn about in more detail later, expires in 2012, leading some to believe that it coincides with an apocalyptic event.

But in order to decipher these different calendars, you'll first need a brief lesson in Mayan math. 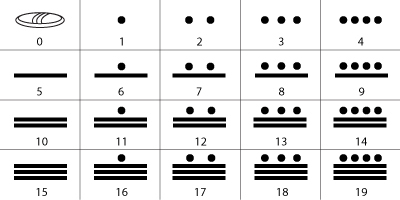 Along with their calendars -- the Tzolk'in, the Haab and the Long Count -- the Mayans also created their own math system. They used a series of dots and bars to signify numbers. One dot equaled one unit, while one bar equaled five units. A shell symbol signified zero.

In a system similar to the one we use now, the Mayans used place values to designate large numbers. However, the similarities between math systems end there.

Mayans' place values are vertical, whereas ours are horizontal. For instance, we write the number 27 horizontally -- the number two, then the number seven to the right of it. The Mayans, however, would write 27 vertical­ly -- their symbol for seven (a line representing five units with two dots over it) would be on the bottom, and the symbol for 20 (a dot on the line above) would be directly over it. The same applies for other numbers, like 29.

Numbers held great significance in the Mayan culture. For example, the number 20 signifies the number of digits a person has -- 10 fingers and 10 toes. The number 13 refers to the major joints in the human body where it's believed disease and illness enter and attack: one neck, two shoulders, two elbows, two wrists, two hips, two knees and two ankles [source: Garcia]. The number 13 also represented the levels of heaven where sacred lords ruled the Earth [source: Tzolk'in Calendar].

It's these two numbers, 20 and 13, that are used to make up the Tzolk'in calendar, the first calendar used by the Mayans.

Like many Mesoamerican calendars, the Tzolk'in, or Sacred Round, calendar operated on a 260-day cycle. One theory for the significance of its cycle length is that the 260 days correlate to pregnancy [source: Maya Mystery School]. Another proposes that the calendar represented the length of time to cultivate corn. However, it's more likely that it was based on the Mayans' reverence for the numbers 13 and 20.

In the Gregorian calendar, we have seven days of the week and, depending on the month, anywhere from 28 to 31 days. The Tzolk'in calendar is made up of a set of 20 day names, symbolized by images called glyphs, and 13 numerals called tones. The days are numbered one through 13, and the names are also given in sequence.

The beginning of the Tzolk'in calendar begins with the first day name, Imix', and the number one. The days continue in sequence, with the second day being a combination of Ik' and the number two; the day names and numbers combine in sequence until all 13 tones are used.

Once the calendar reaches the day 13, denoted by B'en and the number 13, the numbers begin again with one, but the day names move forward with the 14th glyph, Ix. By rotating like this, the two sets form 260 unique combinations of a day name and a number. For instance, once you reach the end of the cycle of day names with 7 Ajaw, the day names begin anew at Imix, and the numerals continue: 8 Imix', 9 Ik', 10 Ak'b'al and so on.

Think of two interlocking gears, with the 13 numerals spaced around a smaller circular gear that fits inside of the larger gear of day names denoted in hieroglyphics. If you lock those gears together at the number one and the day name Imix', then rotate the gears until you reach one and Imix' again, you'll get 260 unique days. Those gears spin until the final combination clicks into place at 13 Ajaw, marking the end of the year.

It's easy to see the significance the Mayans put in the Tzolk'in calendar. For example, they believed that the date of your birth determines the characteristics you'll show in your personality -- much like some people believe your astrological sign does today.

Holy men also schedule certain events throughout the year based on the Tzolk'in calendar. At the beginning of each uinal (period of 20 days), a shaman would count forward to determine when religious and ceremonial events would occur. He would then select the dates that would be the most prosperous or luckiest for the community.

Despite its myriad functions, the Tzolk'in calendar still couldn't measure a solar year, the time it takes for the sun to make a complete cycle. Because of this, the Mayans needed a more accurate calendar to track the length of time that we regard as a full year. 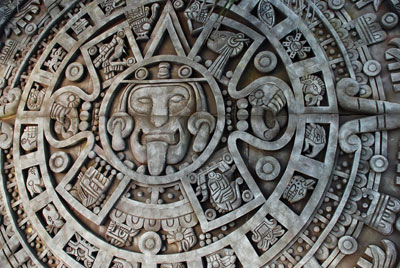 The Haab calendar is very similar to the Gregorian calendar that we use today. It's based on the cycle of the sun and was used for agricultural, economic and accounting activities. Much like the Tzolk'in calendar, it's also comprised of uinals (periods of 20 days), and each day has its own hieroglyph and number. However, instead of using 13 uinals for 260 days, the Haab calendar has 18 uinals, giving it 360 days.

Mayan astronomers noticed that 360 days wasn't enough time for the sun to make it through a full solar cycle. They argued that the calendar should follow the cycle as closely as possible for accuracy. But Mayan mathematicians disagreed. They wanted to keep things simple, in increments of 20, just like their math system. The astronomers and mathematicians finally agreed on the 18 uinals, with five "nameless days" called the wayeb [source: The Maya Calendar].

The wayeb, or uayeb, is considered one "month" of five days thought to be a very dangerous time. The Mayans believed the gods rested during that time, leaving the Earth unprotected. The Mayans performed ceremonies and rituals during the wayeb, hoping that the gods would return once again [source: The Mayan Calendar Portal].

While this calendar was longer than the Tzolk'in, the Mayans wanted to create a calendar that would record even more time. For this reason, the Tzolk'in and Haab calendars were combined to form the Calendar Round.

At the time, the Calendar Round was the longest calendar in Mesoamerica. Contemporary historians, however, wished to record Mayan history for generations to come. To accomplish that, they needed a calendar that would take them through hundreds, even thousands, of years. 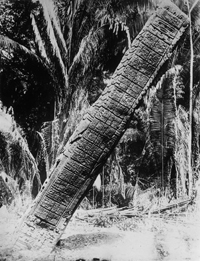 To find the Lon­g Count date that corresponds with any Gregorian date, you'll need to count the days from the beginning of the last Great Cycle. But determining when the last cycle began and matching that up to a Gregorian date is quite a feat.

English anthropologist Sir Eric Thompson looked to the Spanish Inquisition to calculate the Mayan-to-Gregorian date conversion, known as the Thompson Correlation. Events that occurred during the Inquisition were recorded on both the Mayan Long Count calendar and the Gregorian calendar. Scholars then gathered dates that matched on both calendars and compared them to the Dresden Codex, one of four Mayan documents that survived the Inquisition. This codex confirmed the date long thought by Thompson to be the beginning of the current Great Cycle -- Aug. 13, 3114 B.C. [source: Mayan Long Count].

Now that we have the beginning date of the Great Cycle, let's put the Long Count into practice. We'll take a date that's familiar to many Americans: July 20, 1969, the day Apollo 11 landed on the moon. In the Long Count calendar, this date is written as 12.17.15.17.0. You'll notice there are five number places in the date. Reading from left to right, the first place signifies the number of baktuns since the beginning of the Great Cycle. In this case, there have been 12 baktuns, or 1,728,000 days (144,000 x 12) since Aug. 13, 3114 B.C. The second place relates to the number of katuns that have taken place. Then, it continues on to the right with the number of tuns, uinals and kins.

In recent years, as the conclusion of the Long Count calendar approaches on Dec. 21, 2012, doomsday theorists have predicted the worst. That Gregorian date is denoted as 13.0.0.0.0 on the Long Count, signaling the end of the current Great Cycle.

However, Mayan scholars and natives dismiss the apocalyptic theories, noting that end of the calendar would be regarded as a time of celebration, much like modern-day New Year festivities [source: Stevenson]. There are also no Mayan inscriptions or writings that predict the end of the world when the Great Cycle concludes [source: MacDonald].

The most notable event slated for that 2012 winter solstice will happen in the sky. For the first time in around 25,800 years, the sun will align with the center of the Milky Way galaxy [source: Stevenson]. Although the event sounds impressive, astronomers claim that it won't have any effect on the Earth. And with that, the next Great Cycle will quietly begin anew.