It's a fact: Carbon-based life forms here on Earth are eventually going to cease to exist. And that includes you and me. Regardless of where you reckon your soul will travel (or even if you believe you have a soul), one thing's guaranteed. That vessel we call a body is going to undergo some unpleasant changes after you die.

Without life-sustaining processes like blood circulation and metabolism, the body begins to degrade. Skin falls away, eyeballs disintegrate, hair turns to dust, and eventually, so, too, will your bones. All of this is good news for the worms and bacteria that live in soil and feast on decaying material like your dead body. And it may be comforting to know that you'll be recycled -- or at least composted -- after death.

But according to the tenets of the some faiths, there is a way to thwart the process of decomposition. For centuries, the Roman Catholic Church held that individuals of the purest faith remain in a lifelike state after death, their bodies resisting the decay of the grave.

There are a number of documented cases in which people have been exhumed years after their deaths and were found inexplicably preserved. Even more amazing, some of these people have remained preserved for centuries. The church viewed this as a measure of sanctity, and incorruptibles -- people whose bodies mysteriously thwart decay -- were canonized into the tenets of Catholic mysticism. Incorruptibility became a component of beatification -- the process of becoming sainted. This process also included the prospective saint appearing in visions to people after death and performing miracles, either after or during life.

If all of this sounds a bit like hooey, take note: There are churches all over the world today in which you can see incorruptibles on display. Some have begun to decay, and others are still fighting the process of decomposition, even hundreds of years after their deaths.

So how can a corpse be incorruptible? Find out on the next page.

There are a few techniques wherein human remains can become preserved. One, of course, is mummification. In this method, pioneered by the pharaonic Egyptians, internal organs are carefully removed and body cavities are filled with herbs and other natural materials that combat decay. The body is then bathed in oils and wrapped tightly in linen. The mummified remains of Egypt's early dynastic rulers can be found intact and on display around the world today, thousands of years after their deaths.

While it sounds like a tedious process, mummification can also happen accidentally. In the 19th century, it was customary for the dead to remain interred for five years before being exhumed and cremated. And in 1865, when the first residents of Guanajuato, Mexico, were exhumed, the town was in for a surprise. Undertakers discovered that unembalmed corpses buried in the town graveyard weren't decomposing -- they were mummified. The salty, dry soil in the graveyard is responsible for the mummies now on display at the famous museum in town [source: Ball]. Another case of an incidental mummy is the Tollund Man, a 2,000-year-old prehistoric man. He was hanged in Denmark, and in 1950, his body was discovered -- remarkably preserved from the peat bog into which it had been dumped. Even his fine hair and beard are intact [source: Silkeborg Public Library].

These examples of preserved humans share a common theme: Science can point to the means (either intentional or environmental) by which they were preserved. This is not the case for some of the incorruptibles found around the world -- their existence baffles scientists. While the preserved remains of mummies are generally found in states of rigor mortis-like petrifaction, incorruptible corpses are pretty pliable. Their skin is supple, even years after their deaths. They appear, for all intents and purposes, to be sleeping or only recently dead.

What's more, these corpses don't show signs of having been embalmed. And the local conditions don't appear to have had a preservative effect on them. While they remained in a perfect state of composition, other corpses interred nearby were degenerating like normal. Yet, some of these incorruptibles met violent ends or died from ravaging diseases that should have accelerated -- not deterred -- decomposition [source: Ferrari].

Because incorruptibility qualified as one of the prerequisites for sainthood, once a person became a candidate, he or she was disinterred for inspection. At these exhumations (which continued well into the 20th century), it was canonical policy to have representatives from the Church, physicians and secular citizens present in order to provide credibility to the findings. Many of those corpses who were found uncorrupted were sainted.

The downside to having an incorruptible corpse? You can't exactly rest in peace. Uncorrupted saints were -- and still are -- a big attraction for religious pilgrims looking to encounter evidence of the Holy Spirit firsthand. The only problem is there are a lot more Catholic parishes than there are incorruptible corpses. As a result, these inexplicably preserved saints were dismembered, and their body parts were sent to all reaches of the globe. A hand may have ended up at one church, while the heart and head may have been sent to others.

There are a number of saints who remain in one piece, though. They are usually displayed in reliquaries -- enclosed glass coffins -- generally on display in front of or behind a church's altar.

Read about some of these folks and the skepticism surrounding their corpses on the next page.

We tend to imagine our incorruptibles in a state of perfect preservation. In many cases, incorruptible saints have remained in such a state for decades. But the ravages of time eventually have an effect on a body -- even a saintly one. While some of the incorruptible saints have taken on a mummy-like appearance over the centuries, the fact that their bodies remain in one piece is something of a mystery. At the very least, it's difficult to explain.

Some cases of incorruptibility have been revealed as fraudulent. In other cases where incorruptibility actually did exist, it was further preserved later by embalming the corpse. In the 20th century, the Catholic Church discontinued the practice of using incorruptibility as a prerequisite for sainthood. The Church wasn't responding so much to the fraud of some cases, but to the cases in which incorruptible corpses didn't extol Catholic piety. Members of other religions have been discovered in uncorrupted states. And at least one case of incorruptibility was discovered in a person who clearly hadn't exactly lived a saintly life. Cardinal Shuster, an Italian archbishop, had been a fascist and friend of dictator Benito Mussolini. His corpse was found uncorrupted 31 years after his death [source: Fortean Times].

It's easy to dismiss a corpse that's been mummified as a fraudulent incorruptible. Other instances aren't as cut and dry. Saint Catherine of Bologna died in 1463 and was buried casketless in the ground. After a few weeks, she was dug up, showing no signs of decay. This didn't exactly convince anyone she was incorruptible, but the fact that she's been on display since 1500 suggests something pretty mysterious at work. She's seated in a chair among candles at the chapel of Poor Clares (a Catholic sisterhood she oversaw) in Bologna, and even though her skin is browned and her appearance is a little shriveled, her continued physical integration hasn't been explained by science.

Saint Silvan is another inexplicable incorruptible example, although some skeptics believe the body on display is a statue or wax figure. St. Silvan is on display at the Church of St. Blaise in Dubrovnik, Croatia. He was martyred in the 4th century. After nearly 1,700 years, his body remains intact. His eyebrows are still in place, and his curly hair remains lifelike. His skin has retained a remarkable amount of natural color, as have his lips.

Perhaps the most famous incorruptible is a young shepherdess, Saint Bernadette. She died at age 35, but achieved acclaim among Catholics for having been visited by the Virgin Mary. The Virgin instructed Bernadette to dig in a spot at Lourdes, France. A well sprung up and came to be regarded as a healing place.

Bernadette died in 1879 and was exhumed under candidacy of beatification in 1909. Her corpse was uncorrupted. She was reinterred in her crypt and dug up again in 1919 and 1923. Upon the third exhumation, she was dissected. Her organs were still soft and malleable [source: Fortean Times]. She was placed on display in a reliquary, where she remains today, at the convent of St. Gildard at Nevers, France.

Bernadette stands (or lies) as a sterling example of incorruptibility. But her corpse also provides ammunition for skeptics. Her hands and face appear incredibly lifelike, but this is due to a wax covering. Beneath the waxy exterior, her skin has browned. While there's no scientific explanation for why her body would have remained so well-preserved without the aid of embalming or environmental conditions, she shows that all bodies will eventually rot. Just how long that process takes, however, may depend on any number of factors.

For more information on corpses and other related topics, visit the next page.

Josh Clark "How can a corpse be incorruptible?" 5 May 2008.
HowStuffWorks.com. <https://people.howstuffworks.com/incorruptible.htm> 6 December 2022
Print | Citation
Featured
Special Offer on Antivirus Software From HowStuffWorks and TotalAV Security
Try Our Crossword Puzzles!
Can You Solve This Riddle?
More Awesome Stuff 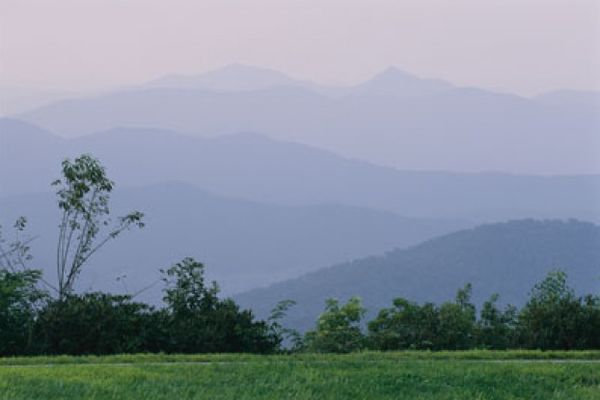 Up Next
How Body Farms Work
Explore More 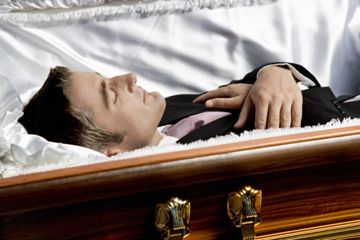 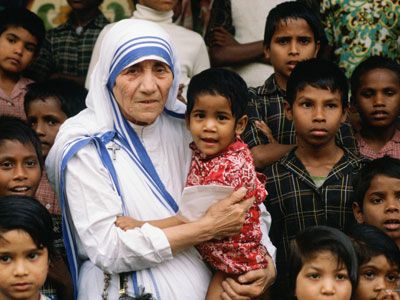 Keep Reading
How does someone become a saint?
Explore More