How Different Accents Develop Within the Same Language

When Talk Like a Pirate Day rolls around, many people change their accent. But, all those "arrr" and "matey" additions aside, what really creates an accent? And can we truly change accents over time while sticking to the same language?

First, let's dig into just what an accent is. The term refers to the way words are pronounced. As our BrainStuff host Ben Bowlin explains in the video above, accents are part of a larger group of like-minded pronunciations called a dialect, which refers not only to pronunciation but to the grammatical rules that are applied. Every person has an accent that is the result of how, when and where they learned the language they speak. And that accent can tell others a lot about you. Someone might be able to trace an accent to a particular part of the world, coming to the conclusion like: "This guy is from Baltimore," or "This lady is from London."

The two biggest factors that influence accent are human nature and isolation. Human nature, vague as it sounds, simply refers to our innate love of being in groups. When a human is part of a crowd, they identify membership by wearing certain styles of clothing or eating specific foods. That group of people also may speak a certain way — so distinctly so that an accent becomes part of the group's identity.

As for isolation, imagine a group of people that speaks the same language but becomes divided onto two islands. This geographical and social divide means that each group will evolve distinct dialects, or accents, over time. In fact, the language used by these groups may diverge so much to sound like completely different languages.

But here's the thing: Humans are remarkably well-traveled, and don't often exist in isolation. When we come across other distinct groups, it's possible to pick up another accent, either by choice or by long-term exposure. Ever meet a college student who returns from a semester in England, for instance, sounding subtly different?

Whatever way a person picks up an accent, it tells a lot about the individual and the geography that person has inhabited, or the groups they've belonged to. Even the regions believed to have people that speak "accent-less English," like the United States' Upper Midwest, still have accents. These accents are called reference varieties because English dictionaries and pronunciation guides are based on these accents. These are the accents that are taught to foreign students learning English, but make no mistake — there is no such thing as accent-free speech. After all, take that supposedly accent-free Upper Midwest American and put her in the middle of Scotland, and see who's the one with the accent then.

Multiple individuals who speak the same language but sound totally different? We're talking accents.
Gary Waters/Getty Images
Now That's Odd
A stroke or traumatic brain injury can make people suddenly sound like they're from another country, even if they've never set foot on its soil. Foreign Accent Syndrome is a speech disorder that replaces a person's native speech with a strong accent.

Another Strike Against the Black Jelly Bean

This Book Was the 'WebMD' of the 18th and 19th Centuries

Will Speech Recognition Software Mean the End of Accents? 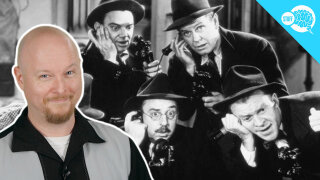 BrainStuff: Why Do People In Old Movies Talk Weird? [VIDEO]

The Southern Accent Is Dying, Y'all