What does an alderman do? 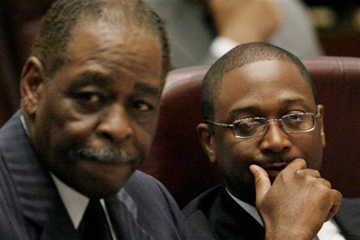 Did you know if you're frustrated with something going on in your community, your dentist could potentially help change the law to rectify it? Or perhaps even your teacher or the guy wrenching on cars down at the local garage? It's because one of those people could be an alderman.

To understand what an alderman is, you first need to determine what government you're talking about. Aldermen were traditionally high-ranking officials in Anglo-Saxon England, often presiding in a shire. The term alderman comes from the Old English title of ealdorman, which means "elder man" or "older man" [source: Leicester City Council].

In the United States, city and county governments prefer the term "councilman" or "council member" to "alderman." But it depends on the municipality. Chicago's City Council, for instance, is made up of 50 elected aldermen who represent a district or ward. The city's mayor presides over the aldermen, who represent the people at a city or county level. Aldermen are elected by the residents of a district. Much like congressmen, aldermen represent the people who elect them and aim to do what's in the residents' best interest. In some cases, more than one alderman can represent a district [source: Mellone].

In other countries, aldermen are more prevalent. For instance, in England and Ireland, aldermen serve on a council that represents boroughs much the way council members represent counties. Like most politicians, aldermen can be from different political parties. In England, for example, aldermen can be from the Labour, Conservative, Green, Socialist Alternative, Respect and Liberal Democrat parties, or the Christian People's Alliance.

That's basically what an alderman is. The next section gives insight on what they do. As you'll soon see, their responsibilities may be quite different depending on where they're serving.

Aldermen have several responsibilities. Depending on the municipality, aldermen meet with fellow council members monthly, twice a month or even weekly. They might also serve in emergency situations to work through issues pertaining to the area that they represent. Aldermen adhere to a scheduled list of items known as an agenda, but can deal with matters that arise quickly and without warning. The agenda is often posted before the meetings, which are usually open to the public.

In addition to working with fellow aldermen to hash out issues including zoning and other matters of city policy, aldermen often serve on committees that work on larger projects. For instance, let's say someone brought up the idea to build a youth center in your community. The first step in the process before ever breaking ground on the project would be to form a group to design a plan. Aldermen are appointed to head each of these committees. Aldermen might do research on some of the related issues, talk to representatives from other cities that have undertaken similar projects and discuss concerns with residents who might be affected by the construction of a new youth center.

In the United States, an alderman's job can range from a part-time position earning less than $10,000 a year to a full-time job earning as much as $100,000, as seen in Chicago [source: Office of Chicago City Clerk]. Just about anyone can run for election to be an alderman, though circumstances such as felony convictions may keep candidates off the ballot.

Each district has guidelines residents must meet to be considered viable candidates. These guidelines are often set by a board of elections or electoral commission to ensure candidates' integrity and to investigate possible conflicts of interest. This is where things can get interesting: Imagine if a city or county employee such as the person who checks your water usage was an alderman and he or she introduced a recommendation to give pay raises to meter readers. That would be an obvious conflict of interest.

Since aldermen are residents in communities and many times are only part-time city employees once elected, a potential candidate must be able to balance his or her time. While there is usually no prescribed number of hours required of aldermen, it's not uncommon to spend 20 or more hours in service per week. Also, aldermen can be required to be on call 24 hours a day.

Some well-known cities in the United States that have aldermen include St. Louis, Milwaukee, New Haven, Conn. and Chicago. Cities in Australia such as Adelaide elect aldermen, and several European countries still have their aldermen.

For more information on local government and to read related HowStuffWorks articles, take a look at the links on the next page.