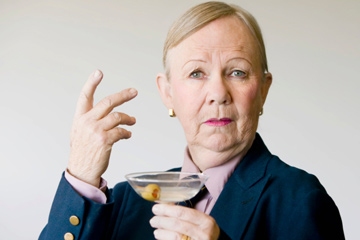 When you walk through a children's clothing department, you get a good idea of how our society interprets gender. Little girls are expected to like clothing with dainty flowers and butterflies, while little boys get rompers featuring dump trucks and dinosaurs. By virtue of one's sex, which is a biological definition involving chromosomes and genitalia, we make assumptions about their gender, which is a social construct of how we think the sexes should act and appear. Girls wear dresses and makeup and keep their hair long, whereas that behavior would be considered inappropriate for boys. On the other hand, boys are allowed to demonstrate masculine traits such as aggressiveness that are deemed improper for girls.

Though that's the way polite society has had it for years, we're starting to realize that there's much more to sex and gender than two opposite and exclusive camps. When it comes to biological sex, researchers have learned more about chromosomal changes that result in children born with both genitalia. Other children may come to feel that they were born with the wrong genitalia, and they undergo therapy or surgery to create the body they feel they were meant to have.

The same shifts apply to the gender binary. Though society has constructed behaviors and rules meant to define each gender, some people find gender to be an extremely fluid construct. Males may choose to wear lipstick and skirts, even though it has no impact on their biological sex or sexuality. Females may cut their hair short, wear designer suits and frequent the same cigar bars that businessmen do. The day after, both the males and the females in those examples may do the complete opposite; they make up the rules as they go along. Rather than being trapped by the cultural dictates for a particular gender, they choose the elements that suit them on a given day. Such people may identify as genderqueer, which is either a combination of both genders or a rejection of both.

Androgyny is another term that denotes people who feel they are a combination of both genders. Psychologist Sandra Bem developed the Bem Sex Role Inventory in the 1970s to evaluate the degree to which individuals fulfilled certain gender expectations. Some people fell squarely in a feminine or masculine camp, but Bem claimed that the androgynous subjects, the ones that scored highly on both masculine and feminine qualities, were likely the ones most equipped for success. Bem believed androgynous individuals could be more flexible in behavior given the situation; for example, a female may be able to get more aggressive in the negotiating room if she had some masculine traits.

While Bem believed that androgyny was something of a gender ideal, that doesn't mean that exhibiting gender fluidity is always easy. Because gender is a social construct, society can frown on those who break its rules. While boys who enjoy playing dress-up may be tolerated in their younger years, they are expected to grow out of it and become proper gentlemen. Those who don't and become, for example, drag queens, often find themselves on the outskirts of mainstream society.