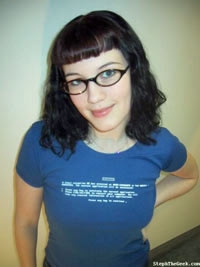 What is geek chic? Is it a style, a trend, a movement, a cultural shift or just a love affair with all things uncool? First off, what is a geek? If you're getting ready to argue about this definition, you might be one of them.

A geek has obsessive, esoteric knowledge about mass media, pop culture and technology. Geeks are generally smart, they're passionate about things most people don't care about, and most of them tend to be early adopters when it comes to the latest gadgets. Geek message boards talk about the latest casting rumors for "Watchmen," not who's going to win the Super Bowl.

Geeks are one thing. But what does it mean to be geek chic? Think of Alyson Hannigan's character Willow in "Buffy the Vampire Slayer." During the first few seasons, she is a geek, and her hair and attire reflect that. After a few seasons, she gets her hair cut and colored to a more vibrant red and adds some flattering clothes to her wardrobe. Voila -- from geek to geek chic. She's still the same old Willow with the same interests, but she's polished.

­Some more famous examples of geek chic? Bret McKenzie and Jemaine Clement of "Flight of the Conchords" went from indie New Zealand band to stars of their own HBO show. (Geek trivia: Bret was in "The Lord of the Rings: The Fellowship of the Ring." LOTR fans fell for him, despite the fact that he never spoke, and nicknamed him Figwit, which stands for "Frodo is Great -- Who is That?" Peter Jackson gave Figwit a couple of lines in "The Return of the King" as a nod to fans.)

Tina Fey, former head writer for "Saturday Night Live" and the force behind "Mean Girls" and "30 Rock," exemplifies a geek chic girl. She's brunette, for one, she's smart, she wears hip glasses, her cultural satire is merciless and hilarious, and she was a drama club girl in high school. And who wouldn't want to hang out with her?

Andy Samberg, also of SNL fame, sports a goofy clown smile and some awesome digital shorts under his belt (pun not entirely intended). Check him out in the YouTube hit "Lazy Sunday" to "Sloths" and "Laser Cats," along with a certain "Special Box." Rivers Cuomo, the frontman of Weezer, plays Dungeons and Dragons. Oddly, so does Vin Diesel. Quentin Tarantino's films are total geekfests. Elvis Costello, Justin Long, Parker Posey, Jack Black, Beck and Adam Brody all make the geek chic celebrity list. Natalie Portman even won a little geek-girl cred for her role in a few of the "Star Wars" movies.

The look of geek chic is the easy part. You take key pieces of a typically geeky wardrobe and wear them with purpose and aplomb, to make a point. Not because you're clueless and out of the fashion loop, not because you can't afford Ralph Lauren -- because you want to. Think thick black glasses, pinstriped suits with skinny ties, sweater vests, pocket protectors -- a hipster vibe with a nerdy edge. T-shirts like this one from thinkgeek with slogans like "There's no place like 127.0.0.1" (the IP address of your home machine) make the cut. It's about reclaiming the geek identity as something not only meaningful, but also stylish.

Charles Ross on Being a Geek

Charlie Ross, creator and star of the "One-Man Star Wars Triology," has this to say about being a geek:

"Part of being a geek in my mind is actually loving somethin­g so much, being unabashedly in love with it, in a way that it opens yourself up to ridicule. And there are people that are extremely obvious human beings, and those are the people that bully. They can't allow themselves to be vulnerable. They can't allow themselves to love something and have anybody possibly put them down for it. And it comes from a place of fear, obviously, bullying, but being a geek is, in a sense, being…either envied or feared or just loathed because you've found something you relate to." 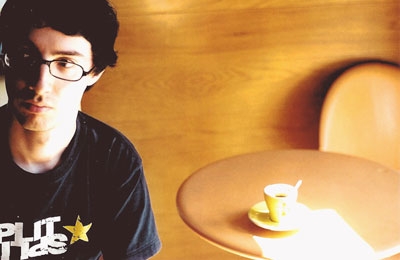