Freedom of the press is established in the First Amendment of the United States Constitution, which states that "Congress shall make no law ... abridging the freedom of speech, or of the press." Although the text of the amendment only specifically prohibits infringement by Congress, the Supreme Court has broadened the scope of the First Amendment to protect the freedoms of speech and press from censorship by any government entity, from the federal government down to the local police.

However, the Supreme Court has also recognized specific situations in which the government is allowed to limit the freedom of the press.

There are legal limits, for example, to how much protection a reporter can provide a confidential source. Reporters often rely on confidential sources for inside information that exposes government or corporate corruption. But if the source violate a federal law in leaking the information to the press, the reporter can be subpoenaed and required to name names, as established by the Supreme Court's 5-4 decision in Branzburg v. Hayes (1972) [source: Smolkin].

Defamation is also prohibited by law in specific cases. Defamation is the injury of an individual's reputation either by written or spoken word. Defamation by the press is called libel. In the landmark 1964 case New York Times Co. v. Sullivan, the court ruled that the press is not guilty of libel against public figures unless the injured party can prove actual malice — knowingly and recklessly publishing false information — rather than mere reckless reporting. The ruling lifted restrictions on the press that had prevented it from reporting fully on the civil rights movement in the South.

However, the Court ruled in later decisions that the press can still be found guilty of libel in defamation cases involving private citizens and private matters without proof of actual malice [source: Legal Information Institute].

It's important to understand that in most cases, freedom of the press is identical to freedom of speech under the law. Members of the media enjoy the same rights — and are subject to the same restrictions — as members of the general public [source: Legal Information Institute]. However, some states have passed shield laws that offer journalists stronger protections against accusations of libel or naming confidential sources in non-federal cases.

Obscenity is another a type of speech or published material that is not protected by the First Amendment. In its ruling on the 1973 case of Miller v. California, the Supreme Court established the "Miller test," also called the three-prong obscenity test, for deciding what types of material qualified as obscene [source: Cohen]. The material must be offensive to an average citizen applying "contemporary community standards" and have no redeeming "literary, artistic, political, or scientific value."

Another limit on the press concerns speech designed to incite immediate violence or unlawful activity. These prohibitions were established in two separate rulings. In the 1969 case Brandenburg v. Ohio, the court ruled that only speech that is "directed to inciting or producing imminent lawless action" can be legally censored. In an earlier decision, Justice Oliver Wendell Holmes compared such speech to shouting fire in a crowded theater, creating a "clear and present danger" [source: Cohen]. "Fighting words" are also illegal. In Chaplinsky v. New Hampshire (1942), the Court ruled that speech that "inflict injury or tend to incite an immediate breach of the peace" has so social value and can be curtailed [source: Legal Information Institute]. 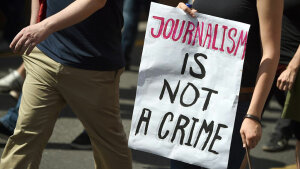 How Freedom of the Press Works 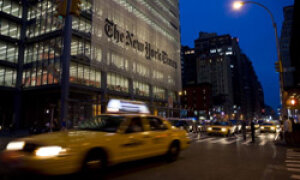