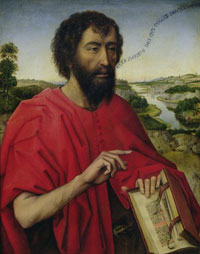 The history of entomophagy is rich and full of, well, bugs. As man evolved from ape, the hunters and gatherers collected more than edible plants. They set their sights on insects. They were everywhere, and other animals ate them, so why not? In fact, these early humans probably took their cues on which ones were tasty by observing the animals in the area. Years later, the Romans and Greeks would dine on beetle larvae and locusts. Greek scientist and philosopher Aristotle even wrote about harvesting tasty cicadas.

Locusts were a nutritious, cheap and plentiful food source for ancient Algerians. They'd collect them by the thousands and prepare them by boiling them in salt water and drying them in the sun. Australian Aborigines made meals of moths but proved picky in the preparation. After cooking them in sand, they burned off the wings and legs and sifted the moth through a net to remove the head, leaving nothing but delectable moth meat. The Aborigines were, and continue to be, entomophagists. They eat honey pot ants and witchety grubs -- the larvae of the moths. These grubs can be eaten raw, and when cooked taste like roasted almonds. Or so they say.

In the next section, we'll look at entomophagy in today's world.

Waiter, there's no fly in my soup.

"Creepy Crawly Cuisine" is an insect cookbook with the gourmand in mind. Author Julieta Ramos-Elorduy gives a bit of history and background to the practice of entomophagy then delivers more than 60 gourmet recipes ranging from appetizers to desserts. Nothing like some mealworm spaghetti with a side of stink bugs in green sauce. She also gives advice on where to find the ingredients. If you're hungry for something a little different, why not try some ant brood tacos?

Heat the butter or oil in a frying pan and fry the larvae or pupae. Add the chopped onions, chilies and tomato and season with salt. Sprinkle with ground pepper, cumin and oregano, to taste. Serve in tacos and garnish with cilantro [source: Ramos-Elorduy].