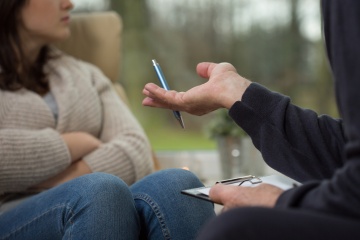 Exit counselors maintain their practices are a safer and healthier alternative to deprogramming for people who have been in cults.
KatarzynaBialasiewicz/iStock/Thinkstock

But what about Jonestown? In other words, what about those anomalous communities that really do pose a threat to their members? Even if their children are grown up, should parents just stand by if they suspect disastrous consequences? What if they discover that their grandchildren are being subjected to questionable psychological or physical treatment?

Although for-profit deprogrammers exaggerated the scale of the threat posed by supposed brainwashing, they owed their existence to real anxieties in the culture at large. To help cope with these anxieties in the wake of deprogramming's demise, a new, modified methodology emerged, commonly referred to as "exit counseling."

No organization governs the use of the term "exit counseling," but in general it refers to a non-coercive, dialogue-based intervention that involves all stakeholders. In other words, all concerned parties, including the cult member and her family and friends, meet voluntarily with an exit counselor for an agreed-upon length of time. During these meetings, exit counselors might provide educational material about a given cult, facilitate a discussion of family matters and try to assess relevant identity issues. According to such models, issues such as unresolved family problems, learning disabilities and low self-esteem can be among the reasons why an individual might join a problematic religious group like a cult [source: Kent and Szimhart].

Not all exit counselors are the same: Some use a therapeutic approach, some a rationalist one and still others come at the situation from a religious perspective. Prices for the services of an exit counselor can vary widely, but in 2002 it was estimated that the average cost is $1,000 per day [source: Kent and Szimhart]. Exit counseling has its skeptics who argue that individuals have the right to their beliefs without intervention, voluntary or otherwise. But others feel that in some cases intervention is warranted and necessary.

For those who are worried about their nearest and dearest but don't have a spare $1,000 to spend on exit counseling, there's also the waiting game. Given time and disillusionment, your loved one might just do what every cult leader fears most — get bored and leave.

This was a very tricky subject to write about. Open questions plague the whole matter — what's the difference between a cult and a "new" religion? Should parents feel justified intervening in their adult children's life choices? As a parent, I know it would be nearly impossible to stand by if I felt my kids were being manipulated and mistreated. On the other hand, of course, I wouldn't enjoy having my parents poke their noses into my business. But if minors are under threat or self-harm is imminent, doing nothing doesn't seem like an option.