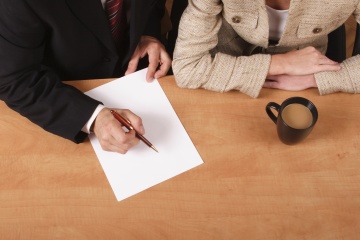 Worried parents sought conservatorships over their adult children in an effort to regain control and allow the deprogrammers to do their work.
Marcin Balcerzak/iStock/Thinkstock

Such was the fear of cults in the 1970s and '80s that parents could apply for something called a "conservatorship," which would grant them and, by extension, the deprogrammers they hired legal authority over their adult children. Typically, conservatorships are granted only in cases where a person is deemed to have severe mental health issues. But when it came to deprogramming, conservatorships were often granted with no attempt to discover the mental state of the adult child in question. For civil libertarians, this was a clear breach of individual rights.

As early as 1977, before Jonestown, before the formation of CAN, American Civil Liberties Union (ACLU) Executive Director Aryeh Neier was already voicing concerns about early efforts at "deprogramming," stating that it was a "dangerous trend." The Rev. Dean Kelley of the National Council of Churches considered deprogramming to be "the most serious violation of religious liberty in this country in this generation" [source: Nashua Telegraph].

It took another 20 years to effectively bring the practice of deprogramming to an end. In the mid-1990s, three deprogrammers named Rick Ross, Mark Workman and Charles Simpson kidnapped a man named Jason Scott, brought him to a remote area of Washington State and held him there for days against his will. There they physically abused Scott in their efforts to force him to leave the United Pentecostal congregation he'd joined. The three men had been hired by Scott's mother to deprogram her son. She'd been referred to them by none other than the Cult Awareness Network [source: Shupe and Darnell].

The deprogramming effort failed, and Scott brought a suit against Ross, Workman, Simpson and CAN. The jury found in Scott's favor, and the fine they imposed on CAN forced it into bankruptcy in 1996. Many consider this the end of deprogramming as a common practice [source: Shupe and Darnell].