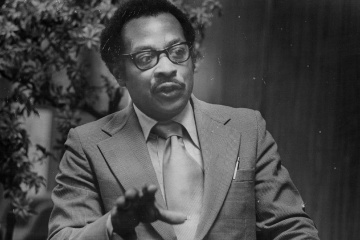 High-school dropout Ted Patrick charged thousands of dollars to perform his deprogramming techniques on people whose families feared they were losing themselves in destructive cults.
David Cupp/The Denver Post via Getty Images

The founder of the Cult Awareness Network was Ted Patrick, a high-school dropout who was among the first to develop deprogramming techniques. There were a few others who set themselves up as deprogrammers, but Patrick was, by far, the most prominent of the bunch. Patrick was self-taught; he first developed his techniques when convinced his son had been brainwashed by a cult. He had no formal training and created his deprogramming methods from scratch.

Starting in the early 1970s and working for fees as high as $25,000, Patrick would hire muscle to kidnap targets and bring them to an isolated location [source: LeMoult]. There, he would deprive them of sleep, berate them endlessly with questions and accusations, bring in relatives to question and shout at them, and tell them that all this would continue until they recanted their unacceptable beliefs and practices. In some cases he used physical violence to get results. Remarkably, police and other authorities rarely intervened because of a widespread fear that the deprogrammers were doing what they had to do in order to counter the threat of a supposed brainwashing conspiracy. It was feared that the goal of this alleged conspiracy (possibly Communist in origin) was to deprive young Americans of their free will [source: LeMoult].

What deprogramming amounted to, of course, was a form of forced behavior modification. It was, itself, brainwashing. Patrick, and the parents who hired him, assumed that cult members must have been brainwashed, and therefore it was necessary to brainwash them, in reverse, in order to return them to "normality." Parents turned to Patrick and his ilk because even if they were to somehow extract their children from a cult, unless deprogrammed, these children were likely to return to their strange new community, like zombies. But as John LeMoult pointed out in his 1978 legal study of deprogramming, there's no evidence that cult members were ever brainwashed. Rather, they had converted to a new set of beliefs. And the expression of a person's beliefs, however unusual, is protected under the First Amendment.

This becomes even clearer when considering cases like that of English professor Sarah Wirth, a civil rights and anti-nuclear activist. Wirth's mother was so disturbed by her daughter's politics that in 1980, she hired Patrick to do some deprogramming. Patrick's henchmen grabbed Wirth off a street in San Francisco and hustled her into a waiting van. Handcuffing her to a bed for nearly two weeks, the abductors used food, drink and sleep deprivation in their attempts to change her political views. It didn't work [source: Rusher].

In another instance, the parents of Stephanie Riethmiller of Ohio believed their daughter was sleeping with her female roommate. Accordingly, they paid Patrick $8,000 to remediate the situation. Patrick's accomplices snatched Riethmiller from her doorstep and drove her to Alabama where, she later alleged, not only was she deprived of food and sleep, but also raped with the intention of returning her to heterosexuality [source: The New York Times].

Riethmiller sued Patrick, and although (incredibly) the jury acquitted him in that case, there were other, similar indictments and some convictions, with one resulting in his incarceration [source: Armstrong]. Cases against other deprogrammers were also mounting, and by the early 1990s, the whole idea of deprogramming was in trouble.