What Is the History of Mother's Day in Mexico?

by Martha Barksdale
NEXT PAGE
It took a newspaper article to make Mother's Day an official holiday in Mexico. aldomurillo/Getty Images

Some residents of northern Mexico, influenced by their neighbor the United States, began to observe a Mother's Day holiday in the early part of the 20th century. However, it took an editorial in a Mexico City newspaper, combined with a widespread media campaign and support from the Catholic Church, to bring the observance into full flower.

By the 1920s, some people in Mexico were becoming concerned that women were being diverted from what many saw as their primary role -- childbearing. Information on contraception was becoming more accessible, and women were beginning to assert their rights in politics and the professional world. In an effort to promote motherhood, the Mexican women's magazine, El Hogar, joined forces with La Asociation de las Damas Catolicas (the Association of Catholic Ladies) to oppose what they saw as a threat to traditional values. Rafael Alducin, editor of the Mexico City newspaper El Excelsior, joined the fight and organized the first official celebration of Mother's Day in Mexico on May 10, 1922.

Alducin wrote and published an editorial that affirmed the ties between motherhood and Mexico's traditional values. Soon, the celebration began to take on religious connotations. The Archbishop of Mexico gave his official sanction to the holiday, and another supporter publically declared that "the family is a sacred social unit." Soon, images of the Madonna and Child adorned Mother's Day cards and posters. This was especially significant, because Mexico's patron is the Lady of Guadalupe, so the holiday automatically gained religious and patriotic meaning.

Mother's Day gained almost immediate acceptance in Mexico. El Hogar announced a beautiful baby photo contest in conjunction with the first Mother's Day, and it was wildly successful. The holiday has grown in acceptance, and now almost every Mexican family celebrates.

And just how do Mexican children honor their Moms on La Dia de la Madre? Keep reading to find out what they do to tell her she's special. 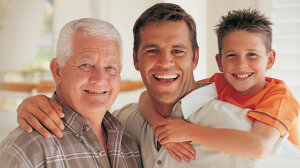 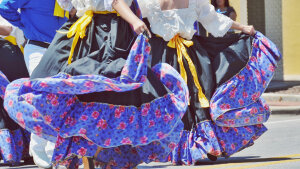