Today's trick-or-treating tradition largely developed from soul parades that took place on Halloween in England. Poor people would beg from door to door, asking for food or money in exchange for praying for souls to be delivered from purgatory. Eventually, children took over the tradition, and people began baking sweet soul cakes to give to the young revelers. In the United States, trick-or-treating didn't become widely popular until the 1940s, when communities sought wholesome Halloween activities to discourage kids from vandalism and other mischief. 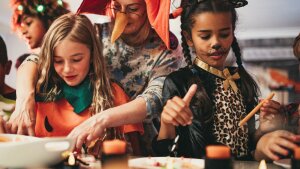 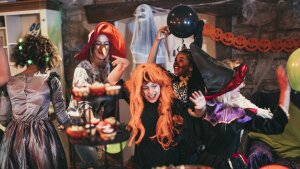 How to Throw a Halloween Party