How can I spot genealogy scams? 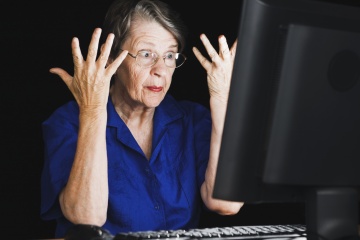 Watch out for those family history offers that seem too good to be true.
Don Bayley/iStock/Thinkstock

Every corner of the Internet has scam artists, and the online genealogy world is no exception. There are a number of genealogy grifters out there, ready to take your money for shoddy products, unneeded services and dubious testing. Here's our quick guide to identifying some of the most common scams and how to steer clear of them.

The "family history book" con is one of the oldest genealogy scams out there. Maybe you've seen it: You get a letter or an email from an organization that's selling your "complete family history." The sender often seems to be a small, family-run company, maybe with the same surname as the addressee. The family history, so the pitch goes, contains a comprehensive family tree and relatives' addresses, and sometimes family stories and recipes. One of the longest-running scams was invented by a company called Morphcorp. The letters were from "Maxwell and Christina [insert surname here]," and the family histories (as is the case with all of these cons) were cheap-looking volumes filled with generic, useless information. The state of Colorado sued Morphcorp in 2005, claiming they'd fleeced 150,000 people — mostly senior citizens — out of $49.95 each. Morphcorp settled out of court the next year.

The "coat of arms" offer is a similar scam. The letter, email or ad claims that, for a fee, they'll send you your family's coat of arms, to which they somehow have exclusive access. There are many red flags waving around this proposition, the largest being a total lack of understanding about how coats of arms work. It's a common misconception that there's one official coat of arms for each surname, but that's not the case. Coats of arms are actually designed for individuals, not certain surnames. So, if you ever see this offer, you know right off the bat that it's not legit.

Another common scam comes from companies that ask for money in exchange for access to online genetic information. In many cases, the exclusive sites they advertise are actually free and available to anyone. Many of these companies pay for high Google placement and sponsored links, reeling in gullible customers.

Some claim that genetic testing, even from the most popular, supposedly reputable companies, is a big scam. In 2010, the director of the Government Accountability Office (GAO) testified before a congressional committee that these heavily advertised tests were "of little or no practical use to consumers" and noted numerous questionable and unethical practices in the industry [source: Hutchison]. It's worth noting, though, that there are several kinds of tests, and the "genetic risk" variety that the GAO seemingly focused on is known to be not quite as accurate as the others.

You do need to take your research seriously, though. Before you give your information to or pay for any kind of genealogical service, do a background check. Find out exactly what kind of testing the company does and what kind of consumer reviews they get.