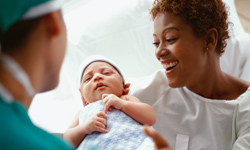 Some traditions are medically prescribed, but family-created traditions can help parents keep hold of all the happy moments (and their sanity) following a birth.
Stockbyte/Thinkstock

My newborn son took months to arrive, but the moment he did, the hours passed in double time. For starters, I didn't sleep through the night -- save the few lovely times he slumbered at La Casa del Grandparents -- during those first, heady months of his life. I simply couldn't take my eyes off him. Swaddled like a baby burrito and tucked into the crook of my arm, he was perfection in a Onesie. I marveled at his button nose, his little Cheerio mouth. All such precise, miniature versions of the man he would someday become.

And now that he's a preteen who isn't fond of showering and has the capacity to turn any snack into a crumbfest, those sweet baby moments serve as a touchstone that compels me to be a more compassionate mother.

When things get a little complicated between us, I break out a memory of earlier, simpler times -- often centered around some of the traditions that celebrated his birth. Although meant for the dear boy, these traditions were a pleasant aid that helped me recover, mature and embrace parenthood.

For me, as with many parents, these traditions still serve as important markers of a collective past. One that includes my son, myself and his father, and one that brought relatives, neighbors and friends together. Never underestimate the bonding power of a baby.

Newborn babies, of every culture and in every part of the world, signal the start of family traditions. Other than trying to sleep more than two hours at a time, what will yours be? 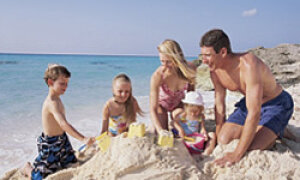 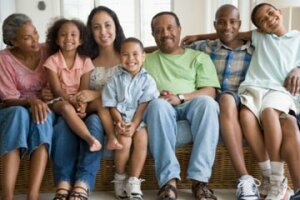