5 Reasons Why Danes Are Happier Than the Rest of Us

by Dave Roos Sep 13, 2017
Residents of Denmark are consistently ranked among the happiest in the world. LeoPatrizi/Getty Images

Denmark is famous for being the "happiest country in the world." Its stereotype is that of a semi-socialist paradise where healthcare is free, students are paid by the government to go to college, and the national pastime is cuddling in front of a roaring fire with a glass of red wine and a good book. In 2017, Denmark was bumped from the top spot in the World Happiness Report by neighboring Norway, but Danes have ranked No. 1 in happiness for three of the past five years.

Nordic countries have ruled the world happiness rankings since the first World Happiness Report came out in 2012, and this year is no different. All five Nordic countries (Denmark, Finland, Iceland, Norway and Sweden) ranked in the top 10 based on six key criteria: freedom, generosity, health, social support, income and trustworthy governance. Even though GDP is higher in the United States than all Nordic countries, Americans are still only the 14th happiest people on the planet.

So why exactly are those LEGO-playing, pastry-eating Danes winning the happiness race? We reached out to Helen Russell, author of The Year of Living Danishly: Uncovering the Secrets of the World's Happiest Country, to get the scoop from a lifelong Londoner who moved to Denmark five years ago and fell unexpectedly for its stoic, comfort-loving culture. Here are Russell's five reasons why Danes are happier than you.

1. Danes Trust Each Other

"In surveys, 79 percent of Danes say they trust most people. I don't trust 79 percent of my immediate family," jokes Russell, who moved from London to Denmark in 2013 when her husband got a job — where else? — at LEGO.

Where does this sense of trust come from? Denmark's small population (fewer than 6 million) and cultural homogeneity have something to do with it, but the Danish sense of trust is far-reaching, from neighbors to government. Russell says most Danes don't lock their car doors or front doors. She's gotten used to delivery men just appearing in her front hall with a package.

Trust isn't an innate Danish trait, Russell admits. It's taught in schools and learned through everyday interactions with trustworthy and responsive institutions. In "The Year of Living Danishly," Russell spoke to political scientist Peter Thisted Dinesen from Copenhagen University, who found that even immigrants from "low-trust" countries who are educated in Denmark quickly take on Danish levels of trust. "This idea of trust is crucial," says Russell. "You have the head space to be happy if you're not anxious all the time."

Danes pay some of the highest income tax rates in the world — 45 percent for an average Danish annual income of $43,000 and 52 percent for those who earn more than $67,000. But in exchange for forking over half their earnings, every Dane gets free health care, free K-college education (students are actually paid $900 a month), highly subsidized child care and generous unemployment benefits. In surveys, nine out of 10 Danes say they gladly pay their exorbitant taxes.

"The reason behind the high level of support for the welfare state in Denmark is the awareness of the fact that the welfare model turns our collective wealth into well-being," writes Meik Wiking, chief executive officer of Denmark's Happiness Research Institute. "We are not paying taxes. We are investing in our society. We are purchasing quality of life."

If you lose a job in Denmark, it's not necessarily a big deal. In fact, unemployment is built into the system. Thanks to something called the "flexicurity model," employers in Denmark have a lot more freedom to fire employees because there are government programs to retrain workers and better position them for the job market. Russell says that strong unions also provide a guaranteed safety net, giving unemployment benefits for up to two years.

Denmark also has one of the most generous retirement systems in the world, providing for the 65-plus population through a combination of a state-funded pension and private, employer-funded pension programs. Again, when you're not constantly worried about how you're going to afford your retirement, you're going to feel less anxious and more secure. In other words, happier.

3. Danes Work Less and Spend More Time with Their Families

"Work-life balance" in Denmark isn't just an HR buzzword, it's a way of life. Danish workers put in the second-fewest hours of all Organization for Economic Cooperation and Development (OECD) countries at 1,412 hours a year. If Danes worked all 52 weeks a year, that would average out to only 27 hours a week, but since most Danish employers offer at least five weeks of paid vacation, Russell says that the real number is closer to 33 hours a week. Still, 33 hours a week?

"As a family, we are mildly outraged if my husband doesn't get home until 5:30 p.m.," says Russell, who is on maternity leave with twin 3-month-olds. "In London, we barely saw each other."

On the topic of parental leave, Denmark again has one of the most generous policies in the world. The government requires all employers to offer up to 52 weeks of leave — for either mother or father — and the state provides monetary support for up to 32 weeks.

For all of the time off that Danish workers take, economic productivity doesn't seem to suffer. According to OECD calculations of labor productivity (GDP per hour worked), Denmark ranks well above bigger economies like Germany, Japan and the United States. Russell credits a different workplace culture.

"There's this idea that you work hard, get the work done and then go home. Danes don't waste time at the office on Facebook," Russell says. "You're also trusted by your boss to do a good job, so you have total flexibility to work from home or choose your own schedule."

There's an unwritten law in Danish culture called Janteloven or "Jante's law," based on a popular satirical novel from the 1930s. The spirit of Janteloven is "don't act like you're better, smarter or richer than anyone else."

Although Janteloven has lost some of its grip in cosmopolitan Copenhagen, Russell says, it's still very much lived by average Danes (you might even argue that being "average" is the goal).

"Don't show off. No one is better than anyone else. Everyone is equal," says Russell, adding that you don't see even wealthy Danes driving fancy cars or living in ostentatious houses. "People also dress quite informal; I haven't seen a tie in years."

Not only are there fewer outward signs of success or struggle, but failure in Denmark isn't a four-letter word, Russell says. Because Danes are afforded such a strong safety net, there isn't as much financial risk in failure, so people feel free to try new things. If it doesn't work out, no big loss.

To really understand what makes Danes tick and why they're so darn happy, you have to understand hygge. Pronounced "hyoo-geh," it's the near-religious Danish belief in living simply and "cozily" surrounded by family and friends. Russell says that hygge is more than just crackling wood fires and full-body pajamas, it's anything that brings you deep, soul-warming pleasure. That could be sharing a meal with friends, reading the Sunday paper, or yes, playing with LEGOs.

Russell says that Danes are "staggered and bemused" that hygge has become a trendy self-help fad. A quick search on Amazon shows more than a dozen hygge-themed books promising to reveal the Danish secret to happiness. Sounds like the perfect read for that roaring fire.

Now That's Interesting
One possible source of Danish happiness might come in a pill. A 2012 study found Denmark to be second only to Iceland in its nationwide consumption of antidepressants. Denmark's suicide rate peaked at 32 deaths per 100,000 people in the 1980s, but is now down to 8.8, lower than the US. 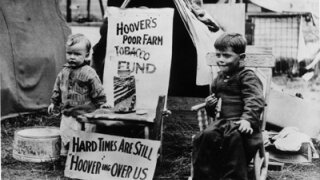 Is Gross National Happiness more important than the GDP? 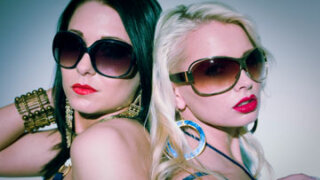 What is the secret to happiness? 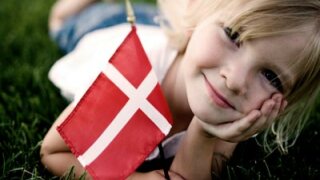 How do you measure happiness?