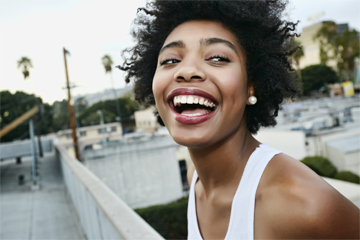 Does a smile mean the same thing in every culture? What about a frown?
Peathegee Inc./Getty Images

Imagine walking into a hotel lobby in a foreign country. You're tired from a long journey, but you don't have a room reserved. The hotel looks busy, but you're hopeful there's a room available. Before approaching the clerk at the desk, you stop to study her face, trying to assess her level of friendliness and happiness. She looks pleasant, so you decide to approach, but first you take care to put on a smile, hoping to be perceived as friendly and agreeable.

This question has been on our minds for hundreds of years. In his 1872 book "The Expression of Emotions in Man and Animals,"Darwin claimed that a specific set of facial expressions he studied were universal among cultures. This meant that he interpreted them to have the same meaning in every culture he studied [source: Eckman].

In the late 1960s, researchers Silvan Tomkins, Paul Ekman and Carroll Izard undertook additional research that further refined Darwin's original claim. The scientists showed photographs of assorted facial expressions and emotions -- including anger, sadness, disgust and happiness -- to people of both literate and preliterate cultures from across the globe. They again concluded in favor of cross-cultural agreement; the facial expressions were interpreted identically despite the viewer's cultural origin [source: Eckman]. Since then, there have been more than 30 different studies showing universal recognition of facial emotions across cultures [source: Matumoto].

On the other hand, while the basic interpretation of an expression may hold true across cultures, learned behavior patterns do affect the way people interpret facial expressions differently. For example, a smile is universally interpreted as an indicator of happiness, friendliness and goodwill. But the way it's used among cultures can carry different meanings. Some cultures perceive that Americans use their smiles too readily, raising questions of insincerity. Northern Europeans can be reserved with their smiles, offering them with much more discretion. And in some Asian cultures, a smile can be used to overcome an uncomfortable or anxiety-inducing situation, which, to other cultures, may seem inappropriate [source: The Diversity Council].

Eye contact also comes into play. Among Americans, maintaining eye contact while talking is expected. When someone avoids eye contact, they may be perceived as rude or dishonest. However, among Latinos, avoiding direct eye contact can be interpreted as a sign of respect. In the Asian culture, a conversation may begin with brief eye contact, though it's expected that the participants may not hold the gaze [source: The Diversity Council].

Communicating across a language barrier can be difficult, but remembering that people draw conclusions based on facial expressions can help. So next time you find yourself weary and in a foreign hotel lobby, take a moment to think about your facial expression: a relaxed face and gentle smile may get you a good night's sleep.