Cultural Appropriation or Appreciation? Sometimes the Line Is Blurry

by Danielle Douez May 23, 2019
A model, wearing yarn locs for the Marc Jacobs runway show, is seen on the streets of Manhattan during the New York Fashion Week 2016. Is her hairstyle cultural appropriation or appreciation? Timur Emek/Getty Images

Earlier this month, Nordstrom had to apologize for advertising a turban designed by Gucci for $790, which closely resembled sacred turbans worn by people of the Sikh faith. "We feel that companies are commodifying and capitalizing on something that is dear and sacred to people around the world," Simran Jeet Singh, a senior fellow with the New York-based Sikh Coalition told the Associated Press.

Nordstrom stopped carrying the product though Gucci has not yet responded to the criticism. In February, Gucci got into trouble for featuring a black sweater that could be pulled over the chin and nose; the sweater had a cutout for the mouth framed by giant red lips and called to mind images of blackface for many people. Gucci ended up removing the offending garment.

The health food restaurant Sweetgreen also recently came under fire for using the hip hop lyrics of black artists to promote items on their menu in predominantly wealthier, whiter neighborhoods.

The rise of social media has significantly contributed to public outcries against what some people see as the exploitation of cultures that historically have been marginalized. (For instance, Brazilian model Alessandra Ambrosio was pilloried on Instagram for posting a picture of herself wearing a Native American headpiece to the 2014 Coachella music festival.) Others argue the movement has gone too far in persecuting people who mean no harm. So, where's the line?

What Is Cultural Appropriation, Exactly?

On the most basic level, cultural appropriation happens when a member of one culture uses the products (hair, clothing, customs, etc.) of another culture of which they are not a member. This in itself is not fundamentally wrong, says philosophy professor Erich Matthes who teaches at Wellesley College and has written about cultural appropriation. If it was, we'd all be in deep trouble given how interactions between cultures have been going on for centuries. So, when does it cross the line from something benign or even productive, to something that causes harm?

The reality is that there simply is no hard and fast rule, says Matthes. It depends on the context, and several key factors can help make the determination: power, intent and outcome.

Now, say before the festivities you are running a last minute errand and bump into a white American friend. They can't get over how great you look in your sari and snap a photo. They post it on Instagram without mentioning the wedding, tag you, and add a hashtag Bollywood. You might be in trouble for mocking a culture that in the U.S. has historically been marginalized.

If you're a celebrity with millions of followers around the world, the possibility of offending someone is compounded, as when Beyonce performed at an Indian wedding in 2018 wearing an India-inspired outfit. "Taking a picture of something that might be viewed as wrong in one context and broadcasting that to the entire world is inevitably going to result in disagreement," says Matthes.

Let's take it one step further. Say the sari you're wearing was designed by a big name Western brand. Did the company seek consent from the Indian culture to use traditional designs in their clothing? This is where the logic of cultural appropriation gets messy. Of course, you can't ask a culture for consent. Cultures are fluid and often have ill-defined boundaries.

What's important in these cases of cultural exchange is due diligence, Mathes notes. If someone from a marginalized culture raises a concern, you should investigate to find out why. He also cautions against speaking out on behalf of other cultures. While you may mean well by calling out your French-Canadian friend for donning a sombrero on Cinco de Mayo, if you yourself are not Mexican, you may end up misrepresenting a culture that's not your own. It's best to avoid assumptions and allow marginalized peoples to speak for themselves, Matthes says.

Critics say the movement against cultural appropriation is causing people to be less open to cultural exchange. "No matter how much I love cable-knit sweaters and Gruyere cheese, I don't want to live in a world where the only cultural inspiration I'm entitled to comes from my roots in Ireland, Switzerland, and Eastern Europe," wrote Jenni Avins in an article for The Atlantic. "There are legitimate reasons to step carefully when dressing ourselves with the clothing, arts, artifacts, or ideas of other cultures. But please, let's banish the idea that appropriating elements from one another's cultures is in itself problematic."

Matthes agrees that in some cases, an overabundance of caution can also cause harm. For example, say you're traveling through New Mexico and stop at an arts and crafts show. Because of how much negative attention there's been lately about Coachella baes wearing Native America headdresses, you end up not buying anything from the Native American booths for fear of offending.

Well, it turns out that arts and crafts are how many Native Americans support themselves and their families. In fact, in 1935 the U.S. government passed the Indian Arts and Crafts Act, which outlaws marketing products in a way that suggests they were created by Native Americans if they were not. The intent was to protect the livelihoods of Native craftsmen and women.

Critics have also accused the movement against cultural appropriation for simply being overly sensitive. Here, Matthes pushes back. "When you think about the changes in contemporary culture that allow for the possibility of making clear and public statements about ways in which you've been marginalized or oppressed, that's a good thing. In a context in which people feel free to talk about those experiences, if it leads to people sometimes going overboard, that's a cost we can deal with," he says.

Now That's Costly
According to the Department of Justice, the maximum penalty for violating the Indian Arts and Crafts Act is one year in prison and a fine of $100,000. However, enforcement is extremely challenging. A federal report found only five criminal cases were filed between 1990 and 2010.

How to Treat Poison Sumac 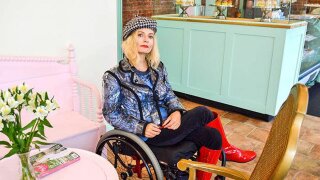 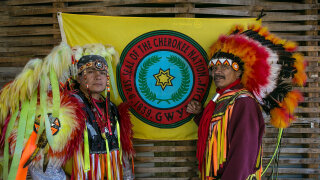 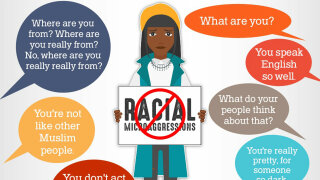