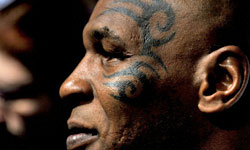 We're not sure what Mike Tyson's tattoo means, but it scares us. See more celebrity tattoo pictures.
Frazer Harrison/Getty Images

Have you ever seen someone with a ridiculous-looking tattoo? It could be anything from an oversized flaming skull to an amateurish representation of the New York skyline, but chances are you assumed the person sporting the ink would one day regret it (if he doesn't already).

For most people, living with a bad tattoo is as simple as wearing a long-sleeved shirt in public or enduring a bit of chiding from friends whenever you go to the beach. For celebrities, their inked-up mistakes are a much bigger deal. The whole world -- not just their family and friends -- laugh, criticize and judge the art. A-list actors, singers and daredevil comedians all sport questionable ink, but don't feel too badly for them. They knew what they were doing when they went under the needle … or at least they thought they did at the time.

Next, find out which attractive actress dimmed her star by way of a famous blond bombshell.

Both Megan Fox and Marilyn Monroe are undeniably beautiful, but the two together? Not so much, especially when the late diva's face is tattooed on the currently struggling starlet's forearm.

Yes, we get the connection: They're both knockouts who rose from obscurity to achieve superstardom, but while Monroe remains one of Hollywood's most recognizable faces nearly 50 years after her untimely death, Fox's post-"Transformers" work has been less than memorable. It's akin to painting a portrait of a Harley on a moped. Sure, the moped will do a serviceable job and get you where you need to go, but the image of a Harley will only remind everyone how much better the ride would be on a real, classic bike.

Marilyn Monroe died on Aug. 4, 1962, after overdosing of sleeping pills. Her official cause of death was listed as suicide, but many believe she was murdered. Suspects include everyone from mob boss Sam Giancana to President John F. Kennedy. 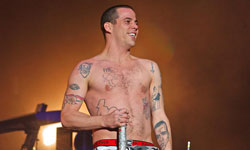 We can see why Ashlee Simpson thought it'd be cool to get a life-size corsage on her wrist. It's like prom everyday! Which sounds like a good idea -- if you're 16 and most of the pop songs on the radio feel like they're written just for you (or, we suppose, you write songs for 16-year-olds). In either case, prom for life probably sounds great. But just give it a few years.

It's fine to reminisce about adolescence, but if you're honest with yourself, being a teenager wasn't so grand, and the truth is, prom is all hype. The limo ride and the after-party are typically better than the dancing, and there's nothing much to do besides scope out the dresses. Simpson's corsage is like tattooing a diaper around your waist. We've all been there, but it doesn't mean we want to go back.

The word "corsage" originated in the late 15th century and stems from the Middle English word "cors," from the Latin "corpus," for corpse. Think of that next time you slip a posy of roses around your wrist!

It's not that we have anything against the "Jackass" crew, it's just that they keep on getting stupid tats! Bam Margera has a stylized tattoo of his Uncle Vito on his leg, which is cool, we guess (even though old Uncle V doesn't look like much of a lady-killer). However, Vito does happen to be a convicted child molester, which isn't so cool. 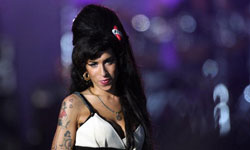 No, no, no. She won't go, go, go to a tattoo removal specialist.
Dan Kitwood/Getty Images

The late Amy Winehouse had multiple tats of questionable taste, but the "Blake's" ink over her heart (and breast) was, well, kind of tasteless.

There's nothing wrong with proclaiming your love for your spouse with permanent body ink, but the flap-pocket shirt, which appears underneath the text, turns the name into a possessive nametag. Yes, we get that he owned her heart, but the text doesn't make any sense when placed in conjunction with the pocket. Was it supposed to look like she was borrowing Blake's shirt? Did Blake own the shirt, the pocket, the heart and the breast? Did anyone but Winehouse's ex-husband and her décolleté wear those 1950s-styled flap-pocket shirts this century? We don't know.

Yes, she's with Brad Pitt now, but not so long ago, Angelina Jolie's beau was another famous actor: Billy Bob Thornton.

Instead of adopting kids with him, Jolie found other ways to express her love to Billy Bob. Two prime examples are wearing a vial of his blood around her neck and getting his name tattooed on her arm. We're not trying to judge, but the guy's name is Billy Bob. Not Frank or Tom or Bruce. Billy Bob. It's bad enough that he's stuck with it, and not surprisingly, Jolie had the moniker removed shortly after they split.

Billy Bob is an abbreviation of Thornton's given name, William Robert. 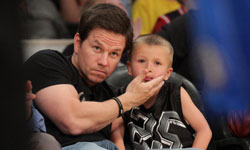 There's not a lot we can say about this tattoo.

It's big, and it's on Mike Tyson's face.

We could tell you that face tattoos are rarely a good idea, from rapper Lil' Wayne's sad clown tear drops to Motley Crue bassist Nikki Sixx's small cheek star that looks like a piece of misplaced glitter. But, frankly, Tyson's still a scary guy, and the tat doesn't do much to tone down his fearsome image.

We've already covered Miss Fox once, but the girl's got a few questionable tats, the most egregious of which is the phrase "We will all laugh at gilded butterflies" on her right shoulder. It references a line from "King Lear," and while the bard's words are timeless and make for great theoretical ink, Fox's phrase of choice is actually a misquote.

That's right. She misquoted Shakespeare -- not on a test, but on her flesh. The actual text reads: "… so we'll live, and pray, and sing, and tell old tales, and laugh at gilded butterflies." It's spoken by Lear to his daughter in the play's final act and is referencing the love and camaraderie the two share. It's a beautiful sentiment, but Fox really should've double-checked her source material before going under the needle.

Shakespeare's "King Lear" was first performed in 1606 and was one of 10 tragedies penned by the Bard of Avon. Now you know more about the play than Megan Fox does! 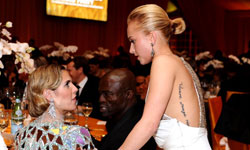 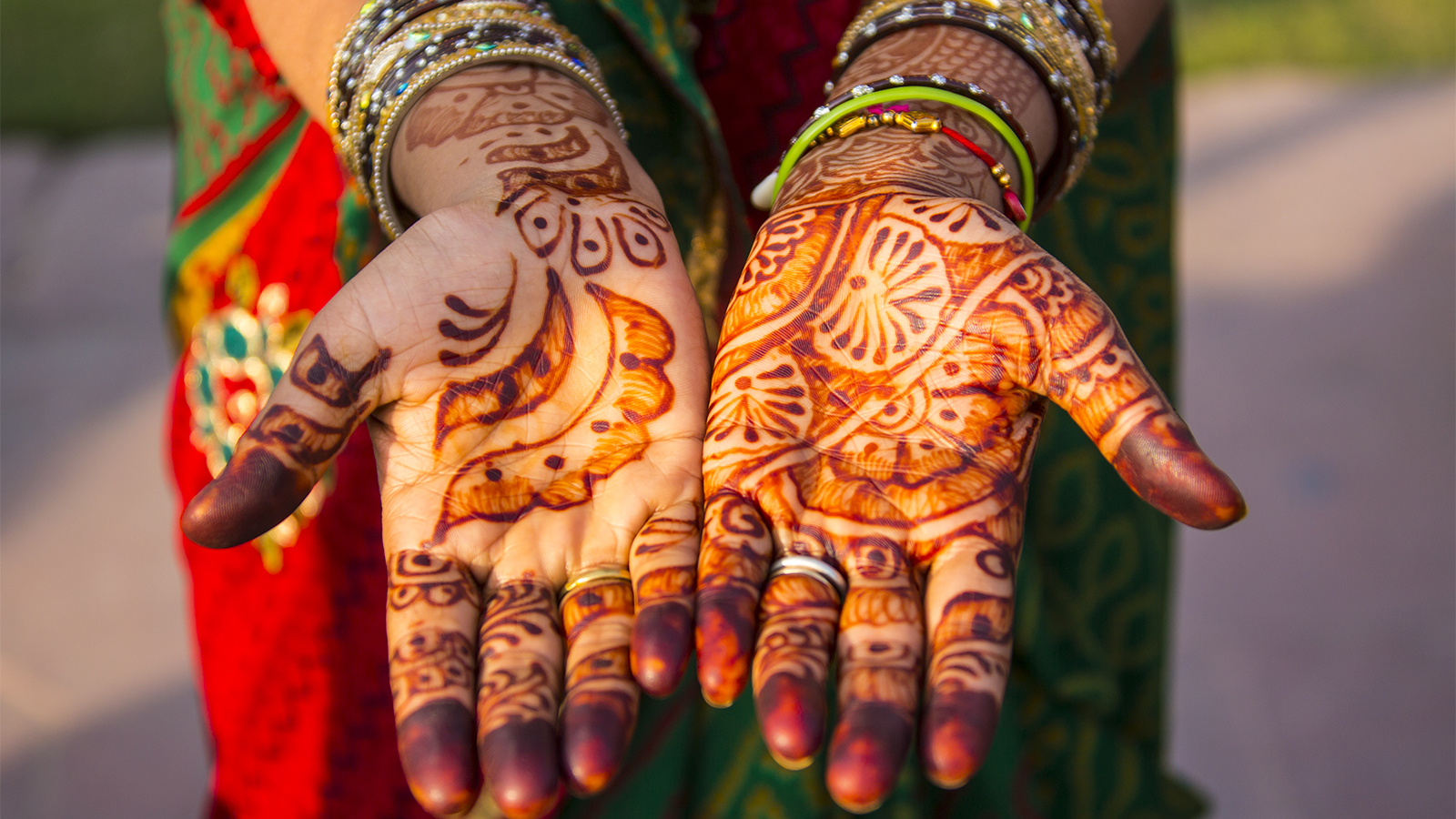