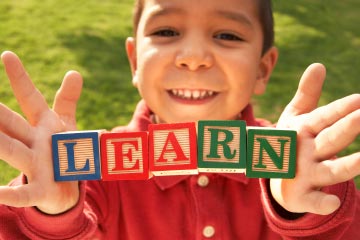 You're expecting a brand new bundle of joy, and you've got everything that a new parent needs -- diapers, onesies, rattles and pacifiers. But what about Spanish language DVDs? Or Mandarin vocabulary flash cards? Picture books written in French?

You may not need those DVDs, flash cards or picture books on the day that your baby is born, but researchers say that you shouldn't wait too long before introducing a baby to foreign languages. According to the critical period hypothesis, there's a certain window in which second language acquisition skills are at their peak. Researchers disagree over just how long that window is -- some say that it ends by age 6 or 7, while others say that it extends all the way through puberty -- but after that period is over, it becomes much harder for a person to learn a new language. It's not impossible, but children in that critical period have an almost universal success rate at achieving near fluency and perfect accents, while adults' results are more hit-and-miss.

Because children are so much more skilled at picking up a second language than adults, immersion preschools and elementary schools are a popular choice for parents. Students at these schools have math, story time and social studies the way other students do, but their classes are taught in a foreign language. Not only does this give the students ample time to practice the foreign language, but some research indicates that such a program might have other academic benefits, such as higher math scores and sharper critical thinking skills. And learning a second language at such a young age doesn't hinder any abilities in the child's native language -- it seems a child's brain is wired so that all linguistic rules, be they native or foreign, are picked up quickly.

However, just because a child becomes fluent in Italian, Russian and Portuguese doesn't mean that he or she will be speaking those languages 50 years later. Without extended exposure to a language, the child's abilities diminish, so it's important to provide continued opportunities to practice these skills. And even if your parents let your critical period for language acquisition pass by without so much as an "adios," don't fret. Even though young children may be more naturally gifted at learning languages, adults can learn them, too -- with motivation and hard work.