Nearly Every English Word Is Trademarked

by John Perritano Feb 26, 2018
The original U.S. Patent and Copyright document registering ownership of the name 'Grateful Dead' was auctioned off in March 2015 in Union, Illinois. Scott Olson/Getty Images

In 1999 I rescued two cats from a local vet. I named one Pandora. (I read a lot of Greek mythology back then.) A couple of years later, PANDORA jewelry became all the rage. Now, every time I see a PANDORA commercial I kick myself for not trademarking my little girl's name. The two of us could have been swimming in cat treats.

Yet, even if I had thought of it, according to two New York University law professors, it probably would have been too late to cash in. It seems that many of the words we use every day are already trademarked, which means it is difficult for entrepreneurs to find good names for their companies.

Take Pandora, for instance. Search the U.S. Patent and Trademark Office database and you'd find a number of companies that already use "Pandora" in their name, avatars and logos. There's a Pandora Hair Collection, Pandora radio, and, yes, Pandora's Box. Shouldn't Zeus own that one?

The two professors, Barton Beebe and Jeanne C. Fromer, looked at the 6.7 million trademark applications filed at the U.S. Patent and Trademark Office between 2003 and 2016. They then studied a database of the 100,000 most frequently used words in American English — the Corpus of Contemporary American English. They also reviewed a U.S. Census list of the 151,672 most frequently occurring surnames in the United States.

What they found will knock your socks off, which, by the way is also trademarked. "The data present compelling evidence of substantial word-mark depletion," they write in the Feb. 9, 2018 issue of the Harvard Law Review, "particularly with respect to the sets of potential marks that businesses prefer most: standard English words, short neologisms that are pronounceable by English speakers and common American surnames."

For the record, neologism is a fancy term for newly coined words or expressions. As best as I can tell, "neologism" is still available to be trademarked. Though other common words have pending registrations, including even the word "the." Yes, "the" currently has 11 active trademark registrations.

The result of so many trademarks is that new businesses have to strain their noggins (yes, variations of "noggin" are already taken) to come up with monikers that aren't already claimed, or resort to what's called a "parallel registration." That's when two companies use the exact same name as long as it won't confuse consumers (for example, Delta Faucets and Delta Airlines).

"Given these conditions, new applicants are increasingly resorting to suboptimal marks," the authors write. "The data indicate that applicants are applying less often for standard English words and common surnames and more often for complex marks, as measured by character, syllable and word count." That could likely explain why we see more company names like Flickr, Tumblr and Lyft.

Now That's Interesting
There are some 171,476 words in the Oxford English Dictionary. About 47,156 are obsolete. Although it is hard to pinpoint, we only know a fraction of all the words in the English language. 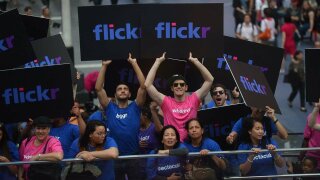 Flickr, Tumblr, Scribd: Why Dropping Vowels From Brand Names Is So Popular 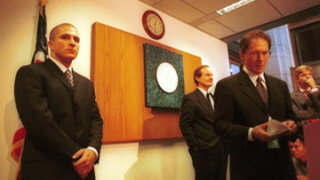 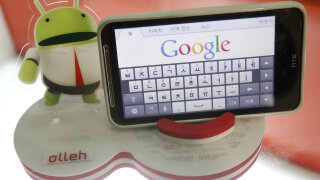